Man sentenced for practicing medicine without a license

Nathaniel Johnson sentenced to 15 years for practicing medicine without a license, racketeering, and theft

ATLANTA - A Cobb County judge has sentenced a once-prominent Vinings doctor to fifteen years in prison for racketeering, theft, and practicing medicine without a license.

It is the latest twist in an 11 yearlong investigation by the FOX 5 I-Team of Nathaniel Johnson.

Senior I-Team reporter Dale Russell's investigation of then Dr. Johnson 11 years ago ultimately lead to Johnson serving six months in prison for Medicaid fraud and aiding the practice of medicine without a license.  When Johnson got out of prison, he returned to a medical clinic in Vinings.

After patient complaints, police investigated and charged Johnson with practicing medicine without a license, racketeering, and theft by taking.

A jury convicted Johnson on 62 separate counts involving more than 30 patients in October. Johnson returned to court today to be sentenced.

“What we do have here is a man who has taken advantage of 31 women for the sake, the sole sake, of making a dime off of them,” argued Marbutt in court. 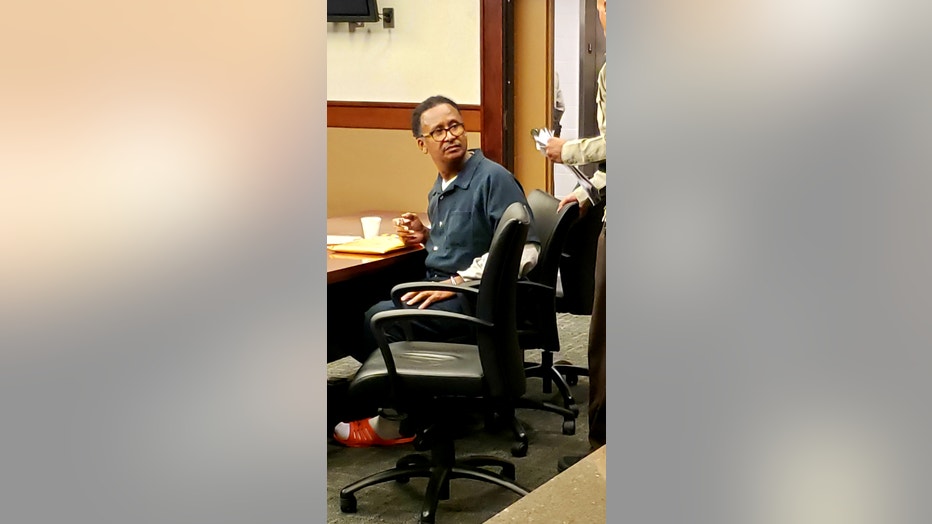 It is not the first time the I-Team has reported on Nathaniel Johnson's troubles in a courtroom.

Following our report, the state prosecuted Dr. Johnson and he pled guilty to Medicaid fraud, conspiracy to defraud the state, and aiding the unlicensed practice of medicine in 2014. He was ordered to repay taxpayers $300,000 in restitution and surrender his medical license.

Johnson served six months behind bars and was out on probation, running his Hello Beautiful Cosmetic Surgery center in  Vinings when police charged him with practicing medicine without a license, claiming he performed cosmetic procedures on dozens of women.

“The day he got out of jail he began to concoct this scheme,” argued Marbutt.

“He's done more good than bad. And when you weigh it out, the good outweighs the bad,” said Pastor Paul Morton.

During the sentencing, six character witnesses, including 3 ministers, argued Johnson was a man of faith, devoted to his church, and helping the sick, addicted, and homeless for decades.

“I'm here to say this is a good man,” said Pastor Rodney Turner.

One of Johnson’s former patients, Monique Broscious, who thought Nathaniel Johnson was a licensed doctor, felt the sentence was fair.

“You’re (Johnson) not sorry you did this. You’re sorry you got caught,” said Broscious.

It may not be the end of the Nathaniel Johnson story. As soon as the sentence was handed down, attorney Dwight Thomas filed a motion for a new trial. Thomas told me he'd take this case to the Supreme Court if that's what it will take.