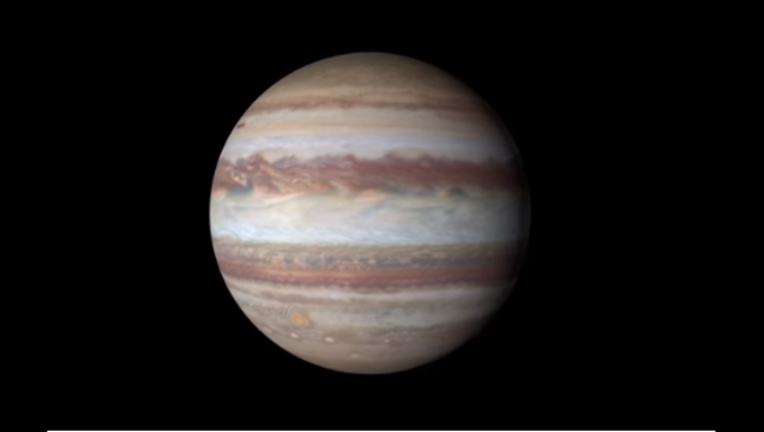 The new imagery, rendered in 4K Ultra HD, shows Jupiter’s famous red spot, more orange than red. The imagery has made it possible for scientists to determine the speeds of the planet’s winds.