A gunman fired shots into an Atlanta parking lot along Trinity Avenue.

ATLANTA - Multiple cars and an apartment building were hit by bullets early Tuesday morning. It happened in the same spot where a major shootout killed two men and injured four others less than a month ago.

Thomas works at a salon and spa on Trinity Avenue in Atlanta. She said she usually feels safe here day and night.

"Some of the times we're leaving the spa is really late, sometimes 10 p.m.," said Thomas.

But now she's going to be a lot more cautious. Tuesday morning, just after dawn, Atlanta police got a call of shots fired. They found car windows shot out and bullet holes in an apartment building. Crime scene investigators found multiple shell casings. 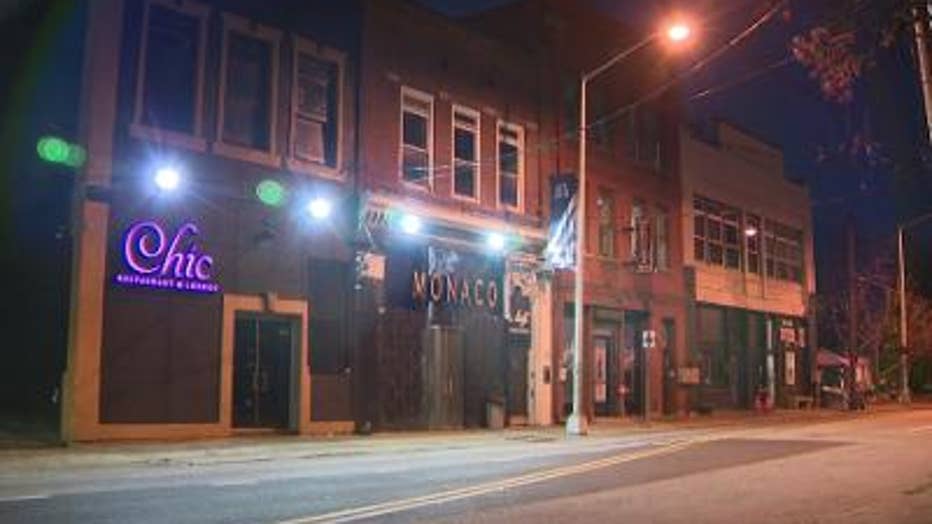 This is the same block of Trinity Avenue where six people were shot in a wild shootout last month. Two people were killed including well-known rapper King Von, whose real name is Dayvon Bennett. Video shows men piling out of the Monaco Hookah Lounge moments before the shooting.

"A relatively large group of people and they were exchanging words and then a physical altercation which escalated into gunshots," said Atlanta Police Deputy Chief Timothy Peek.

While police don't believe anyone was hurt in Tuesday's shooting, Keaunda Thomas says any of those bullets could have struck someone on the street or in the apartments.

"It could have been anybody who getting hurt," said Thomas.

Police are trying to find out who fired the shots Tuesday morning and why.