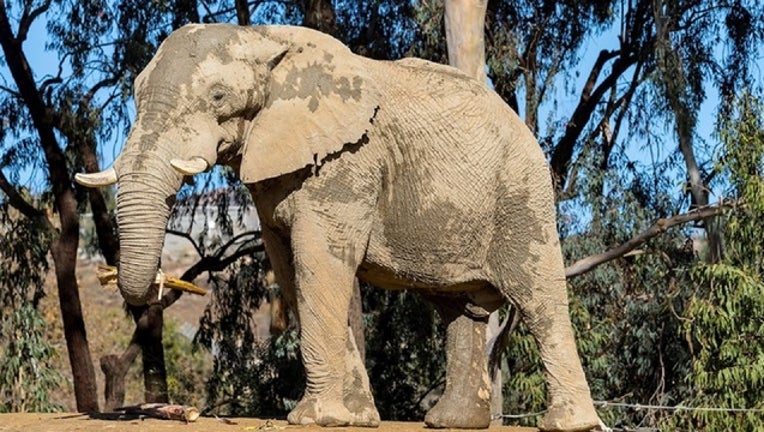 SAN DIEGO (AP) - An African elephant that spent a decade at San Diego Zoo Safari Park has moved across the country to a new home at Zoo Atlanta.

Msholo was brought to the U.S. from Swaziland in 2003. He arrived in San Diego in 2009 with the hope that he would breed with female elephants there. But he never fathered any offspring in California.

Zookeepers say they're hopeful that new terrain and new companions in Georgia will increase Msholo's chances of breeding and contributing to the survival of the species.