Man gunned down, search for killer

ATLANTA - Weeks after her son's murder a grieving mother is turning to the public for help catching the killer. Ontario Robinson was murdered on November 9.  A relative discovered his body along Beecher Road off of Cascade in southwest Atlanta the next day.  Someone shot the 22-year old in the head. "Why him? Why? I don't understand", the victim's mother, who asked not to be identified, told FOX 5's Deidra Dukes.

With the killer still at large, Robinson's mother fears for her own safety but is coming forward in hopes it leads to an arrest. She urged anyone with information in the case to talk to investigators.

"You don't have to tell who you are.  Just say something.  This type of person doesn't need to be walking around free."

She says a surveillance camera recorded her son interacting with a male acquaintance.   That unidentified teen was reportedly seen on video beckoning Robinson to follow him into nearby woods.  "Got him back in the woods and shot him in the head.  My son didn't have any cash or anything on him."  From what she was told about her son's body, the mother believes he was robbed.

She says police tell her they have strong leads in the case and have issued an arrest warrant for the 15-year-old suspect, known to frequent the area where the shooting occurred.  Robinson says she was horrified to learn the suspect has reportedly bragged about the crime on social media. "That infuriated me.  You know, like it wasn't a mistake.  You intentionally did it and you have no remorse.  That's scary", said Robinson's mother.

Anyone with information in the case is asked to contact Atlanta Police. 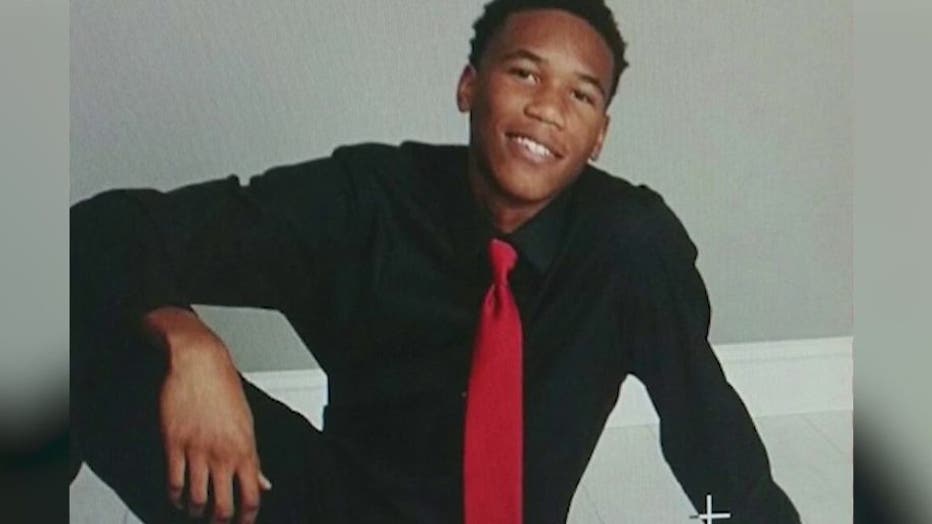