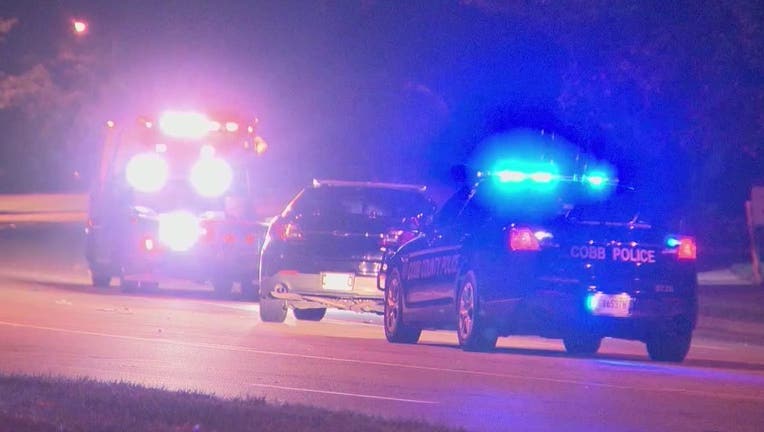 The GBI is investigating after a Cobb County police officer shot a driver of a suspected stolen car along Riverside Parkway on July 13, 2020. (FOX 5)

COBB COUNTY, Ga - A mother wants a Cobb County police officer who she said shot and killed her son after a chase in a stolen car arrested and prosecuted to the fullest extent of the law.

Demario Truitt, 17, of Atlanta, was behind the wheel of a stolen car back that police said led them on a chase down Riverside Parkway back in mid-July.

Cobb County Police Chief Tim Cox said his officer approached the car and was met by Truitt, getting out of the car, armed with a gun. The chief said the man then pointed the weapon at the officers, one of whom responded by firing at the suspect.

The officer rendered aid to the injured man until paramedics arrived at the scene. They rushed the injured suspect to the hospital but later died.

“I want this officer fired and prosecuted to the fullest extent of the law. In what world do you murder a kid, not inform his parents, and not be accounted for his actions,” his mother said.

The mother said she wants police to release video of the shooting.

Investigators said they arrested two other teens who jumped out of the car after Truitt stopped at a dead-end street.

The Georgia Bureau of Investigation was asked to investigate the officer-involved shooting.