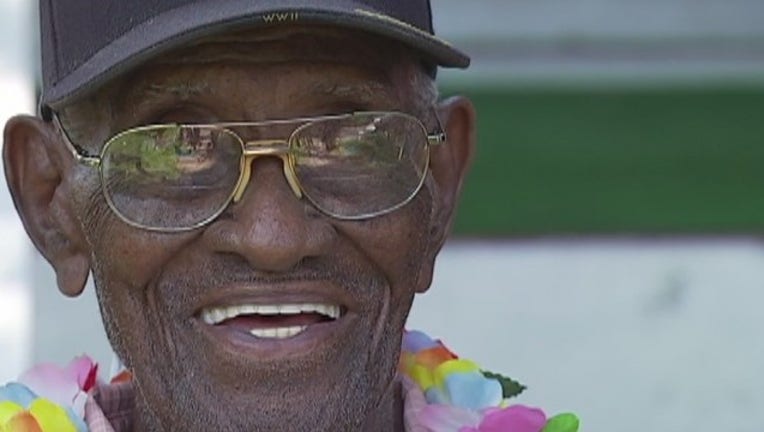 A World War II veteran believed to be the oldest in the U.S. will be able to stay in his beloved Texas home for several more months thanks to the help of more than 2,500 people who raised more than $121,000.

Richard Overton, 110, has been living in his home in Austin, Texas for more than 70 years.

However, when his caretaker started experience aging issues of her own, his family feared he would need to move to an assisted living facility.

That would be a “death sentence,” according to his third cousin, Volma Overton Jr.

“We all knew that if you move Richard out of his home, he’d die,” Overton Jr. told ABC News. “That home is everything for him.”

Overton Jr. launched a GoFundMe campaign to raise money for around-the-clock in-home care. Since its launch in December, more than $121,000 has been raised.