CLARKSTON, Mich. (FOX 2) - A metro Detroit couple was thrilled to be expecting twins, but then the coronavirus crisis changed everything.

Jen and Andre Laubauch were expecting the twins by C-section in May, but both boys decided to arrive early this month at Beaumont in Troy. That can be complicated and scary enough on its own - but to make matters worse, both parents also just recently contracted COVID-19.

A team of caring staff at Beaumont helped two parents both fighting COVID-19 bring two healthy babies into this world.

"We didn't get the call that I was actually coronavirus positive until about 10 minutes after Jen's water broke," said Andre. And, he was too ill to drive.

"I felt like it was fight for my life at that point," he said.

"You know, we had to leave to go to the hospital and I'm saying, 'Andre, can you drive?' And he's just sitting on the couch, just, can't talk. The look on his face was heartbreaking because it just told me everything. It was this look that, 'I want to go with you, I want to be there with you but I physically can't do that right now.' And so, got in the car and drove myself to the hospital," Jen said.

Although Jen hadn't tested positive at this point yet, because of her symptoms she was treated as though she has COVID-19.

"My doctors told me I could have one support person there. I considered it for a second but then I thought, you know what, I don't want to put anybody at risk of this, catching this disease. So I just decided to do it on my own," she said.

But the delivery room was far from empty.

"Every time they came in the room they had to wear two face masks - an N-95 plus a surgical mask - plus the face shield, plus the hair net, plus the gown, three pairs of gloves, booties, and every time someone came into the room they had to put all of that stuff on. I know it was really hot for them, you know, they're sweating. I just felt terrible and I felt helpless.

Remember, the goal was three-fold: to protect the health of the premature twins, to protect Jen - a COVID-1919 positive mom in labor, and also to protect the teams of healthcare workers. 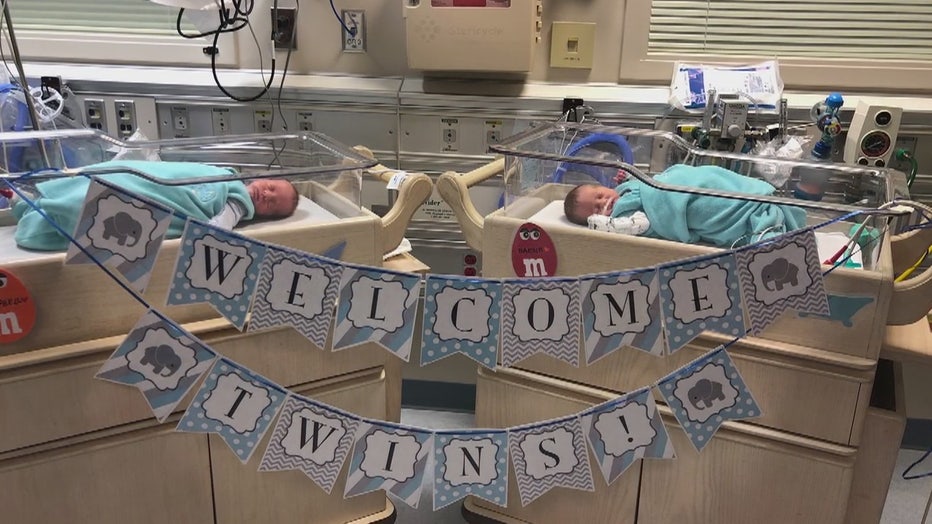 "One of the roles that I took on while my partner was doing a fantastic job with delivering the two babies was for me to try to keep Jennifer as calm as possible, reassure her, let her know how well she was doing. In addition to coordinating everything within the room to make sure we were following the processes that we put into place," said Dr. Brian Torok, M.D, chief of Obstetrics and Gynecology at Beaumont Hospital, Troy.

This delivery was a first for Dr. Deborah Mikula.

"She had successful delivery of both baby boys, Mitchell and Maxum. Both natural deliveries. I think it was a roller coaster for her as she was in the room the entire labor by herself, no husband, no support. But she was very happy in the end," Dr. Mikula said.

"As soon as I gave birth they took them to the other side of the room and starting cleaning them, probably 15 feet away. They put them in their own room; they were quarantined from the other babies in the NICU and from everybody, basically, because they were treating them as if they were COVID positive as well."

Max weighed just over 4 lbs. and Mitchell was closer to 3. In the NICU, their little bodies begin to catch up. 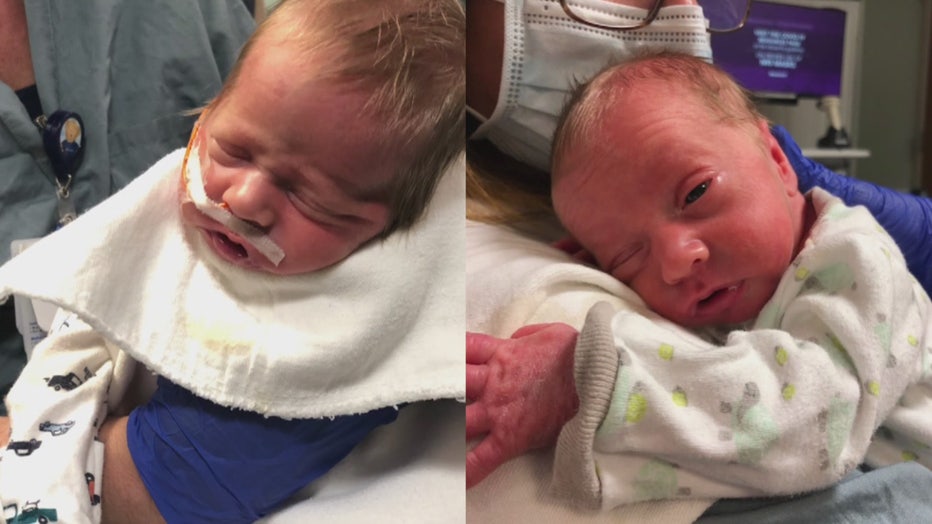 At the same time, though, Jen was struggling with the coronavirus and dangerously high blood pressure.

"I can't see my babies, I'm still afraid for my husband. I'm afraid for myself at this point because I thought I was going to have a stroke or a heart attack."

Again, the Beaumont nurses and support staff stayed with Jen and held her hand.

"They were really my heroes. They were my angels," Jen said. And Andre is in awe.

"Her water breaks, she drives a half an hour to the hospital with coronavirus and preeclampsia, delivers two kids naturally with nobody else there," he said.

And after all that, Jen and Andre still weren't able to hold or even get close to their new babies. They felt physically fine but emotionally were enduring a painful wait to bring their boys home.

"It breaks my heart that we're not able to be there," Jen said.

But, since we've first spoken with Jen and Andre, they have now been cleared by the doctor to visit their babies. They got to meet their babies for the first time nearly three weeks after they were born.

Both babies tested negative for COVID-1919.

Once strong enough, they'll be home in Clarkston, Mich. with Mom and Dad. 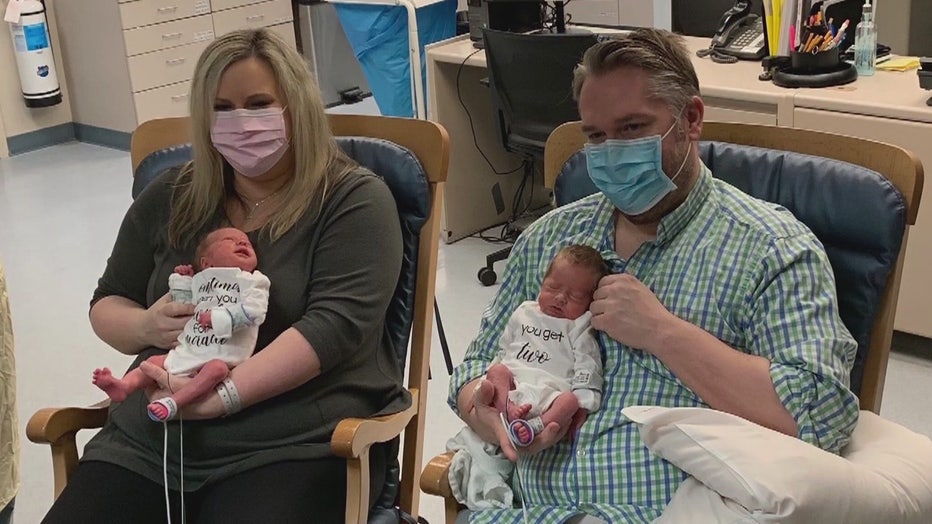 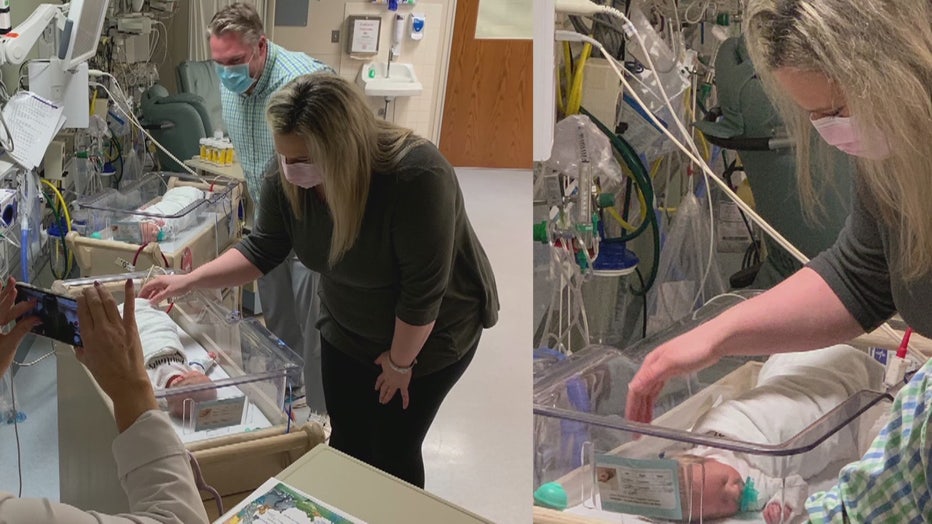