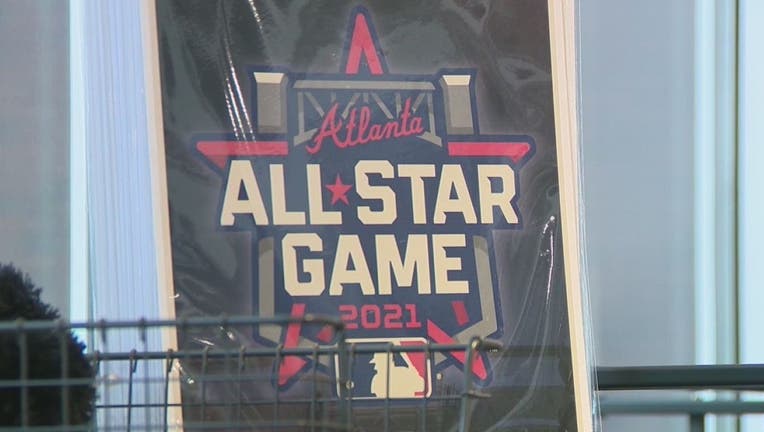 NEW YORK CITY - Major League Baseball has responded to a lawsuit filed by a business group over the move of the All-Star Game from metro Atlanta to Denver, Colorado.

In a court filing Monday, the league called the lawsuit "political theatrics," saying that the move of the All-Star Game must be allowed to go through in order to protect the league's "right to demonstrate their values and preserving their freedom as private entities to determine where to hold their events."

The lawsuit, filed by Job Creators Network, sued Major League Baseball, its commissioner, and more. It demanded the immediate return of the MLB All-Star game to Atlanta -- or else the defendants will have to pay $100 million in damages to state and local small businesses.

"MLB robbed the small businesses of Atlanta – many of them minority-owned – of $100 million, we want the game back where it belongs," said Alfredo Ortiz, president and CEO of the Job Creators Network. "This was a knee-jerk, hypocritical and illegal reaction to misinformation about Georgia’s new voting law which includes Voter-ID. Major League Baseball itself requests ID at will-call ticket windows at Yankee Stadium in New York, Busch Stadium in St. Louis, and at ballparks all across the country."

However, lawyers for the league said that the lawsuit by the Job Creators Network "did not give a basis for its claims" that the move violated any constitutional rights of the businesses affected by their decision to move.

"Taken to its logical extreme, JCN’s reading of the Privileges and Immunities Clause would mean that citizens of every state in which MLB chose not to hold the All-Star Game in a given year would have a claim that their constitutional rights were violated because they were not treated in the same way as citizens of the state where the game was being held," MLB's lawyers wrote in their filing. "Indeed, by JCN’s logic, a political party moving its convention from one state to another would give rise to constitutional claims, as would a popular music artist skipping a state on a concert tour. That cannot be correct."

RELATED: Vernon Jones files amicus brief in support of a lawsuit against MLB

Major League Baseball said it was moving the 2021 All-Star Game from Atlanta in response to Georgia's controversial voting law on April 2. The game was scheduled for July 13 at Truist Park, the Braves’ 41,000-seat stadium in suburban Cobb County. It would have been the third time Atlanta serves as host, having previously held the event in 1972 and 2000.

The announcement of the move was quickly criticized by Republican Georgia officials. Gov. Brian Kemp called the decision "ridiculous" and said it hurt Georgia businesses.

Democrat Stacey Abrams also responded by saying she was "disappointed" by the move but commended the league on speaking out.

"As I have stated, I respect boycotts, although I don’t want to see Georgia families hurt by lost events and jobs," Abrams said. "Georgians targeted by voter suppression will be hurt as opportunities go to other states."

The first hearing on the lawsuit will happen Thursday in New York.