A Floyd County mother has not been seen since Feb. 24 and family members said they don't even know where to begin to search for her.

ROME, Ga. - Jackie Leath and her family are desperately seeking information regarding the disappearance of a woman who was last seen near Rome.

When was Monisha Leath last heard from?

Leath said she last spoke with her sister, Monisha Leath, on early on February 24. 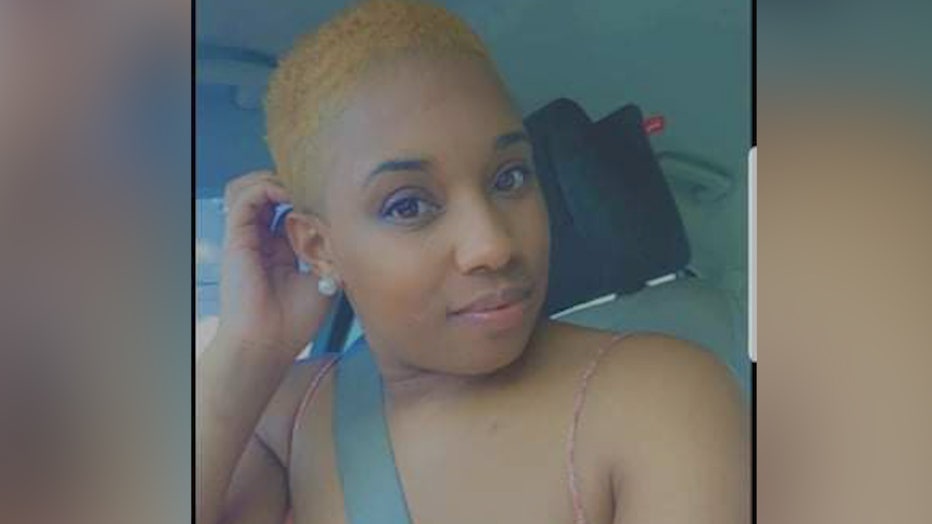 She tried video chatting with her later, around 5 p.m, but she didn't pick up.

Instead, Leath said her sister's husband called back.

"He called me back on her line off the phone and was saying she was in the store," Leath said

She said she knew something was wrong just a little later in the day.

"It was like 6:30, I got a call from my niece's afterschool program. They were saying my sister did not come pick up the kids," Leath said.

She said her sister's life revolved around her three girls, and she would never leave them.

"She's like a best friend to her kids. They can talk to her about anything," Leath said.

According to Leath, messages and calls to her sister's phone have gone unanswered.

She said she and the family have had little interaction with her sister's husband since her disappearance.

The GBI has taken over the investigation and told FOX 5 it can't provide any additional information, since this is an ongoing investigation.

Where was Monisah Leath last seen?

According to the GBI's missing person poster, Monisha Leath was last seen near Rome, between the Floyd-Polk county line. 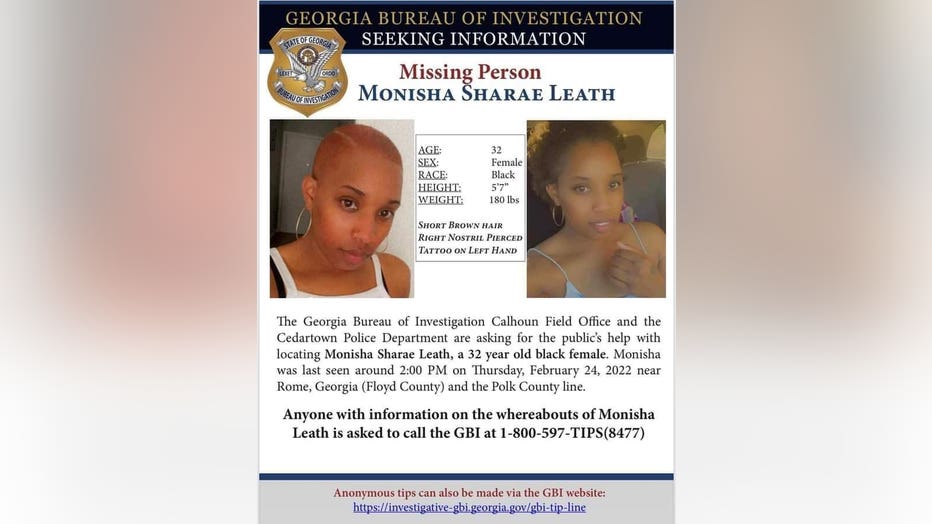 As time passes, Leath said she and her family are growing more desperate for answers.

"A group of people have wanted to get together to search for my sister. We don't know where to start. We've been going to Polk County, Cave Springs. We've tried searching Rome," Leath said.

Leath said everyone is staying positive, but they can't shake the feeling the 32-year-old mother is in need of help.

"We just want my sister home. The girls, they're staying with me. They're crying for their mom every night," Leath said. "She has her moments when she gets into her feelings, but we know she isn't going to disappear by herself."

Monisha Leath has short brown hair. She's 5-feet-7-inches and 180 pounds. Her right nostril is pierced, and she has a tattoo on her left hand.