Jamaica’s Toni-Ann Singh was crowned Miss World 2019 during the ceremonies in London on Saturday, making her the fifth black woman to hold top pageant titles simultaneously.

Singh, 23, was born in Morant Bay, St. Thomas. She immigrated to the United States 14 years ago and recently graduated from Florida State University, where she studied women’s studies and psychology, according to Jamaicans.com. 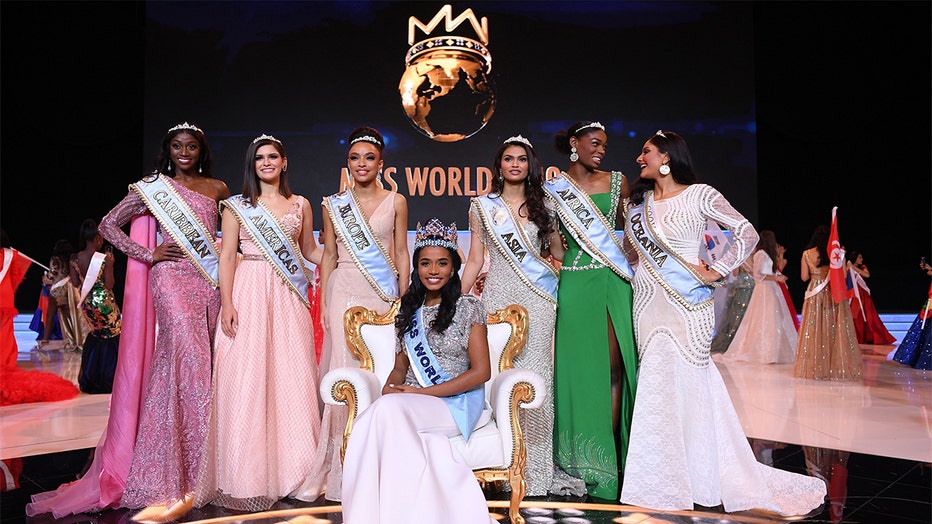 Singh aspires to be a doctor, and was taking a year off before continuing her medical school education, the report said.

Her father, Bradshaw Singh, is Indo-Caribbean and her mother, Jahrine Bailey, is African-Caribbean, according to the Economic Times.

During the talent portion of the competition, she sang the hit song “I Have Nothing” by Whitney Houston, impressing the crowd.

Singh celebrated her win on Instagram, saying, “My Jamaica, sweet Jamaica we did it! Wah we seh?”

“My heart is filled with love and gratitude. Thank you so much for believing in me. You pushed me to believe in myself. I am not only honored but humbled to be the 69th Miss World. Thank you to my family and to my friends. The love and support you poured into me now allows me to pour into the world,” Singh said.

“To that little girl in St. Thomas, Jamaica and all the girls around the world — please believe in yourself,” Singh continued in her post. “Please know that you are worthy and capable of achieving your dreams. This crown is not mine but yours. You have a PURPOSE.”

The Miss World contest started in London in 1951, according to Miss World’s website.

The diversity milestone is significant because of the historical context surrounding some of the top pageants.

For decades in the U.S., contestants were exclusively white because women of color were not allowed to participate, according to the Washington Post.

But even as all the top pageants evolved over time to become more and more inclusive, the pageant world is still grappling with its core criticism of female objectification, the paper reported.