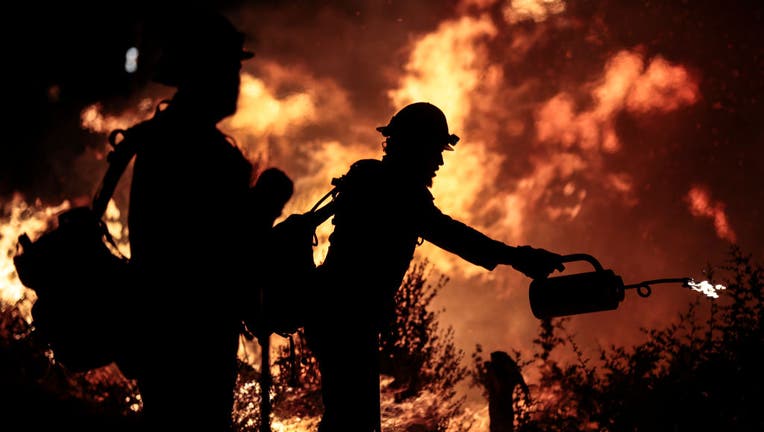 Mexico has sent 100 firefighters to the United States to help battle wildfires in California, it was reported Wednesday.

Traveling from their homes throughout 22 states in Mexico, the crews assembled in Guadalajara Tuesday to board a chartered flight directly into California, according to the USDA Forest Service. The Mexican firefighters arrived at San Bernardino International Airport on Wednesday.

The SQF Complex is made up of the Castle and Shotgun fires.

Since 1962, the USFS shares a long history of cooperation with Mexico in the area of fire management. The USFS has provided training to and assisted Mexico with strengthening capacity in fire management beginning in 1983.

Eduardo Cruz, the current director of CONAFOR (National Forestry Commission of Mexico), spent two seasons as a helitack firefighter on the Sequoia National Forest early in his career as part of the training and exchange program.

"I am very excited for this unique opportunity to visit a station I worked and trained at as a young man and to bring with me firefighters from Mexico to aid in the California firefighting effort," said Cruz.

In 1989, the USFS sent fire management specialists to assist Mexico in the disastrous fire season that occurred in the State of Quintana Roo. This year, firefighters from Mexico will return the favor.

Currently, 23 large wildfires are burning across California and 8,300 wildfires have burned over 2.5 million acres in the state this year. Firefighters from both Canada and Mexico and the U.S. military are now deployed to incidents around the state during this period of peak fire activity.

The department said Mexico can spare the crews because in 31 of Mexico’s 32 states there are no active wildfires. The summer and early fall are rainy season in most of Mexico.