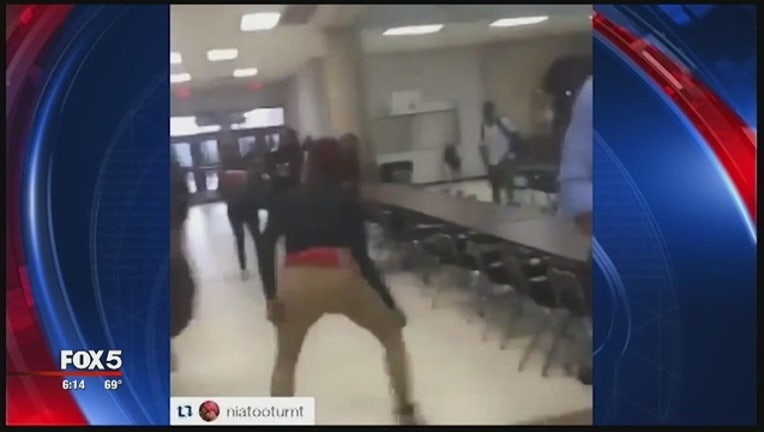 From videos of a South Carolina deputy flipping over a girl at her desk, to a DeKalb County school resource officer tussling with a student, FOX 5's social media pages keep buzzing with comments and opinions on the national topic of police force on students.

"An audience can exacerbate the situation," says Dr. Sonayia Shepherd, who trains school resource officers nationwide through her organization Safe Havens International. "It can become humiliating for the student," she said, as students filming the ordeal on their cell phones may also escalate any student behavior.

Shepherd also teaches school resource officers to speak calmly to students, and clear a room before confronting an aggressive or uncooperative student, which often deescalates the situation.

As the national debate turns to student behavior in these videos towards officers, whether justified or not, Shepherd said bad behavior toward authority often has a root cause of a bigger problem in a student's family and community life.

They're coming from environments where that behavior is acceptable," said Robert Rhodes, with the Georgia Appleseed Center for Law & Justice. His organization advocates for effective student discipline.

"If Johnny cant read-- we teach him how to read. If Johnny can't act, we kick him out of school. Wouldn't it make more sense to teach johnny how to act?" Rhodes said.

Rhodes also said the organization's research, in interviewing more school resource officers, believes security staff must work towards building a rapport and trust among students; he said the climate of police distrust after events such as police violence in Ferguson and Baltimore influence how students could perceive authority.