Anna Bozman lost her son, Lake, in May after a long battle with leukemia. He was just three weeks shy of his 9th birthday when he passed away.

Lake’s story touched the hearts of many, including members of the Atlanta Hawks. In April, he became an honorary member of the team.

Next month is Childhood Cancer Awareness Month and many people hope the NFL will go gold for it in some way, shape or form. The #NFLgoGOLD petition was created by Krish Dhokia, who is a Childhood Cancer Advocate in Atlanta.

"This year, the NFL will celebrate their 50th Super Bowl year by introducing a 'GOLD' commemorative campaign. That is perfect, because this means that all the NFL would have to do is attach the message, 'GOLD for childhood cancer awareness' maybe paint a gold ribbon on all of the football fields?" Krish said in a digital letter to NFL Commissioner Roger Goodell. "We have so many ideas, but we need ears to listen,and pens to sign off on the request." View the letter here.

Bozman recently shared the petition with photographer Brandy Angel, who featured Lake on her site Be The Change last year.

That’s when Angel reached out to FOX 5 News.

“People really rallied around this sweet boy,” said Angel. “He was something special.”

Dhokia said on the petition website his goal is for at least one team, if not all NFL teams, to go gold in September. The digital petition was created about ten months ago and so far has more than 11,000 signatures.

Since her son’s passing, Bozman has taken to social media to encourage people to sign the petition.

“Lake is healed and free from Cancer but there are so many children still in the fight and some that have yet to be diagnosed. No child or family should ever have to go through what we have, so I’m determined to spread awareness and help raise funds for more research,” said Bozman.

Bozman told FOX 5's Katie Muse that even though she no longer has her son, she will keep fighting in his memory.

"Lake was a huge sports fan so I know how proud he would be if the NFL went gold for children like him," said Bozman. "We need as many signatures as possible!!!!" 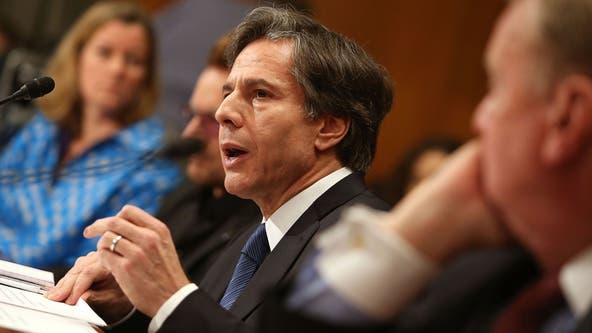