Mercedes-Benz Stadium is welcoming back fans, and utilizing drones for sanitation to make sure everyone is safe.

ATLANTA - For the first time this season, Falcons' touchdowns will be met by more than the just the announcer and music.

Mercedes-Benz Stadium is welcoming back a limited capacity of fans Sunday in the largest test yet for its cleaning procedures amid the pandemic.

Officials told FOX 5's Emilie Ikeda they're expecting significantly less than 20,000 fans at the game. The stadium can hold more than 70,000 people.

To prevent the spread of COVID-19 among the crowd, the stadium's housekeeping and sustainability manager, Jackie Poulakos, said they're introducing several new practices: 'Touch Teams,' which will wipe down surfaces throughout the event, 600 new hand sanitizer stations, anti-viral surface coating, ramped up frequency in cleaning and drones, customized by Lucid.

The stadium planned to introduce drones in the Spring of this year for window cleaning but repurposed the technology to clean the entire seating bowl in five hours -- a job that typically takes 15 times longer.

Poulakos said that displaced manpower can now focus their energy on other cleaning procedures. 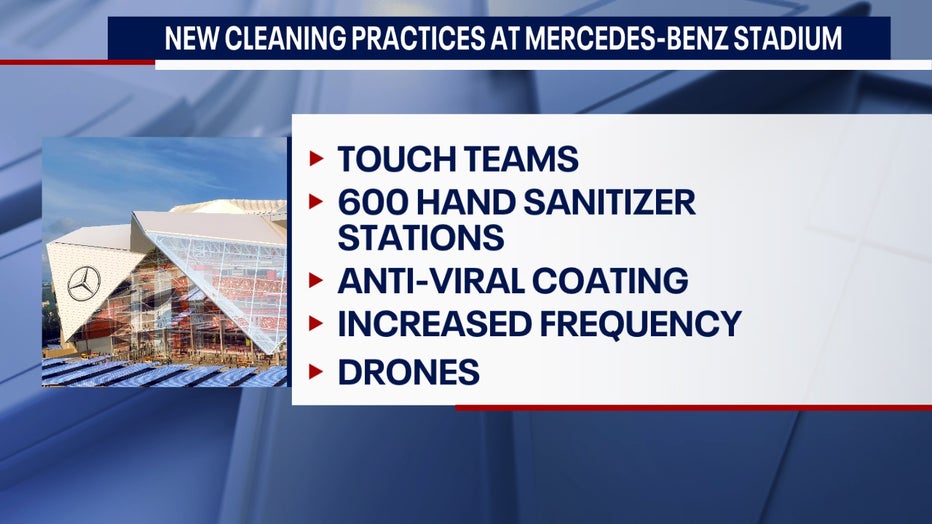 Mercedes-Benz Stadium is introducing new cleaning procedures, as they welcome back fans (in a limited capacity) Sunday.

So how safe it for fans to return?

"This stadium is as safe for me to bring my daughter, as my home is for me to have my daughter," Poulakos said. She told FOX 5 the stadium's twice-a-week testing for cleanliness often reaches medical-grade standards -- something Poulakos has pursued for years, particularly after her daughter's cancer diagnosis.

"It was so important for me to make sure that we kept her world as normal as possible, and that meant making sure that places where she went were as safe as possible," Poulakos said.

And those questions she asked years ago, seeking safety for her daughter, are what so many people are asking now, during the age of coronavirus. 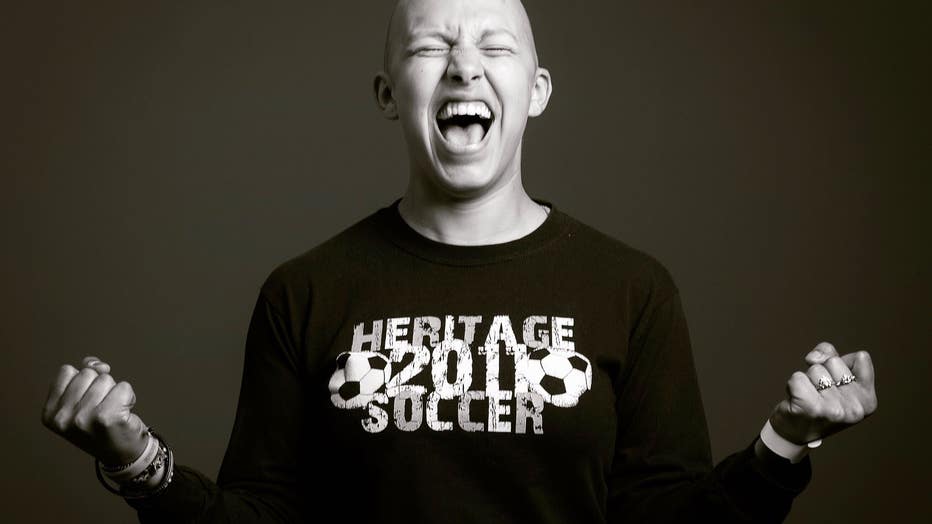 Poulakos said that's the importance of persistently challenging oneself to get ahead of the curve. It's why the stadium hasn't experienced a shortage in any cleaning products -- the solutions are made in-house.

"Little did we know, we were prepared for something like this because we asked the questions," she said.

Some of the stadium's practices are unprecedented in professional sports stadiums, including their use of drones, according to Poulakos. But MBS won't be the only stadium with the technology for long.

Poulakos said she's in constant contact with other heads of housekeeping because in this instance, the stadiums are all on the same team, trying to keep fans, staff and players safe as they travel between cities.

Atlanta United will welcome back fans in a limited capacity on Oct. 24.