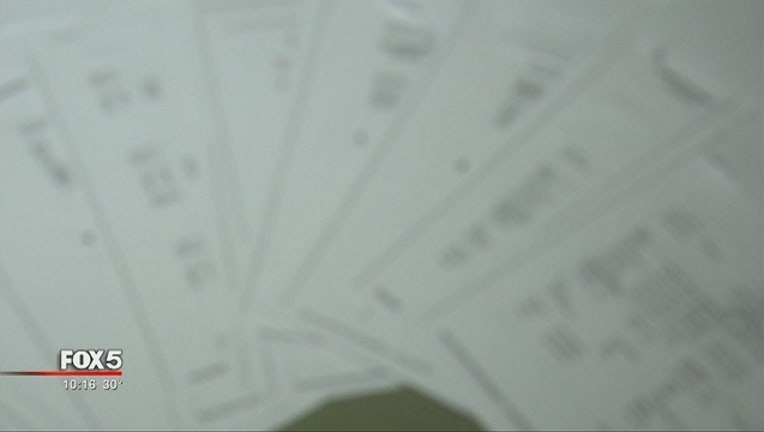 ATLANTA (AP) -- Medical certificates given to truckers nationwide by a chiropractor operating out of an Atlanta truck stop will soon be revoked, federal authorities said.

Prosecutors say Anthony Lefteris was authorized to perform the exams, which are meant to ensure that truck drivers operate safely on the nation's highways. But they say he skipped required tests such as vision and hearing, and falsified records.

Now, the Federal Motor Carrier Safety Administration says it will revoke all the medical certificates signed by Lefteris during the past two years, and truckers who received their exams from him will have to obtain new ones in order to maintain their Commercial Driver Licenses.

More than 6,600 truck divers from 48 states are affected, though most are based in Georgia, authorities said. Once they're notified by mail, they'll have 30 days to get re-certified.

"Drivers that fail to obtain medical requalification within the 30-day time period will be medically disqualified from operating a commercial motor vehicle in interstate commerce," said Duane DeBruyne, a spokesman with the Federal Motor Carrier Safety Administration.

Two lawyers listed in court records as attorneys for Lefteris did not immediately return email and phone messages on Monday. On Dec. 28, Lefteris pleaded not guilty to all eight counts of an indictment accusing him of making fraudulent entries on the certificates, court records state.

Prosecutors built their case by sending undercover officers to Lefteris' office in the Petro Atlanta truck stop near Interstate 285, court records show. It's among several large truck stops which have had doctors available to do the exams for truck drivers and sign the required paperwork for them.

The probe began when federal investigators learned that Lefteris was conducting an average of 360 medical exams per month, when other medical professionals typically did 13 or 14, prosecutors said in court records. Those numbers aroused suspicions, which led to the investigation and charges, prosecutors said.