MCDONOUGH, Ga. - A McDonough family is trying to keep the holiday spirit alive after someone stole all their presents from under the tree. McDonough Police want to find out if this break-in is connected to others in the area. The homeowners said about $3,000 worth of Christmas presents were taken Monday afternoon when he and his wife were away.

“When I got in I seen the Christmas tree pushed over and all kind of stuff, all the gifts was gone,”  he said.

The break-in occurred through a window in the back of the home.

“When I got home I found a brick removed from there, threw through the window,” he said.

The homeowner, who didn’t want his name used said the thief or thieves also stole a comforter from their bed and his wife’s wedding dress to haul the Christmas loot away.“And I guess they were using that to put whatever they had, the presents...in and took it,” he said.

Mcdonough police told FOX 5 News they are trying to find the ones who stole from this family. Investigators will try to determine if this crime may be connected to two other break-ins in the same neighborhood.

And like the Dr. Seuss character who stealthily entered homes to steal presents, no one seems to have seen this evildoer either. The homeowner told FOX 5 News he checked with neighbors with surveillance cameras which were not pointed at his backyard where he believes entry and exit was made by the thieves. He believes the thief or thieves jumped the fence to come and go. The victim said clothing, electronics, perfumes, toys and more worth about $3,000 were taken. His wife was hurriedly replacing gifts meant for their adult children and four grandchildren when FOX 5 News arrived to speak to the man who refused to lose what’s important.

“They can take a lot of things but you can’t a person’s joy I believe in God. That’s all I can believe in. I’ll pray for them,” said the victim. 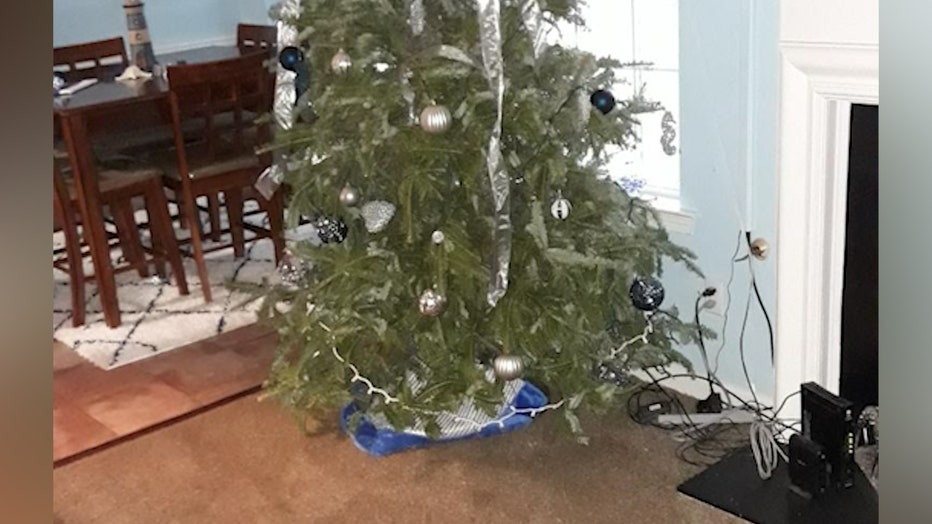 The homeowner said he intends to upgrade security at his house and even though he forgives the Christmas crook he says if an arrest is made he will press charges.