ATLANTA - Atlanta Mayor Keisha Lance Bottoms declared a state of emergency Saturday due to the damage left behind earlier this week from Tropical Storm Zeta.

Mayor Bottoms signed an Executive Order in an effort to enhance clean up efforts from Zeta. According to the mayor's office, a record-setting 357 trees were knocked down as a result of the storm within Atlanta city limits. 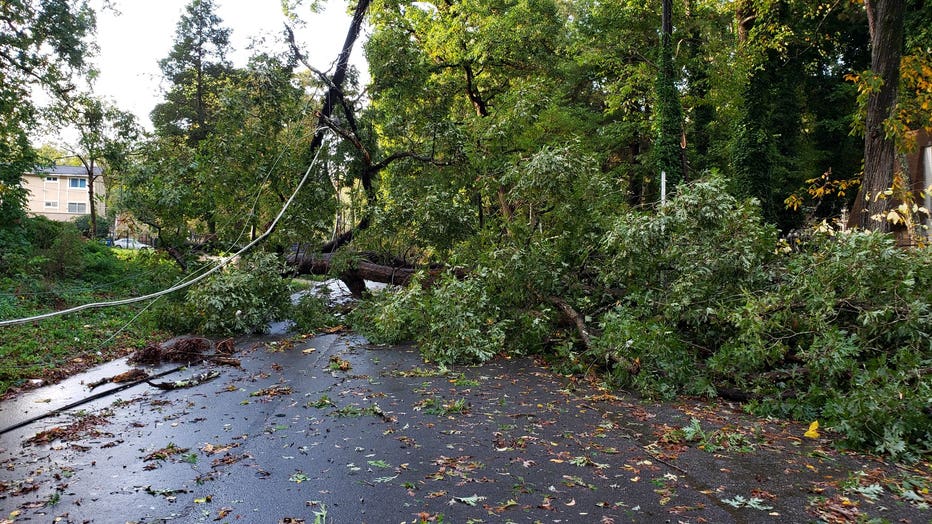 At least 60 of those trees hit power lines, the release for the mayor's office stated.  The order also said city workers are continuing to survey the damage and the number of fallen trees could increase.

The order allows for more resources to be deployed for recovery throughout the city of Atlanta.

In the order Mayor Bottoms stated:

According to the release, the mayor's executive order will be in effect for 72 hours or until the Atlanta City Council reconvenes.

Zeta swept through metro Atlanta and north Georgia in the early morning hours earlier this week, bringing damaging winds and heavy rainfall, causing trees to fall on interstates and major roads throughout the area.

SEE ALSO: Power restored to 700,000 Georgians after Zeta, restoration to continue through Sunday

At one point the storm left over 2 million Georgians without power. Georgia Power said the damage seen is similar to that from 2018's Hurricane Michael that includes broken poles, damaged transformers, and numerous spans of wire down.

In Cherokee County, a man was killed after a tree crashed onto a mobile home on Bells Ferry Road. A total of four people, including a child, were in the home at the time the tree fell.

The victim was inside the Cherokee County home early Thursday morning.

Residents are reminded to not approach downed wires and to call 911 immediately.