SOUTH FULTON, Ga. - Firefighters from several jurisdictions spent several hours on the scene of a massive apartment fire in South Fulton Wednesday afternoon. Firefighters said two men had to be rescued because of that fire and several dozen people were left displaced.

The chief said two men had to be rescued after becoming trapped on the second floor. A 38-year-old man was taken to Grady Memorial Hospital. Rescue workers said he was conscious at the time. No word on the condition of the second man.

Deena Mitchell was eating a salad when she heard an alarm and noticed the air was heavy with smoke.

"It was just dark smoke in the hallway and I knew I couldn't make it out," Mitchell said.

That started the desperate search for her pregnant daughter-in-law and several young grandchildren.

Deena and her family lived on the third floor of the Camelot club condos. Their unit was in the back of the building, which faced a large brunt of the damage.

"I had to jump out of the building a day after getting out of the hospital," she said 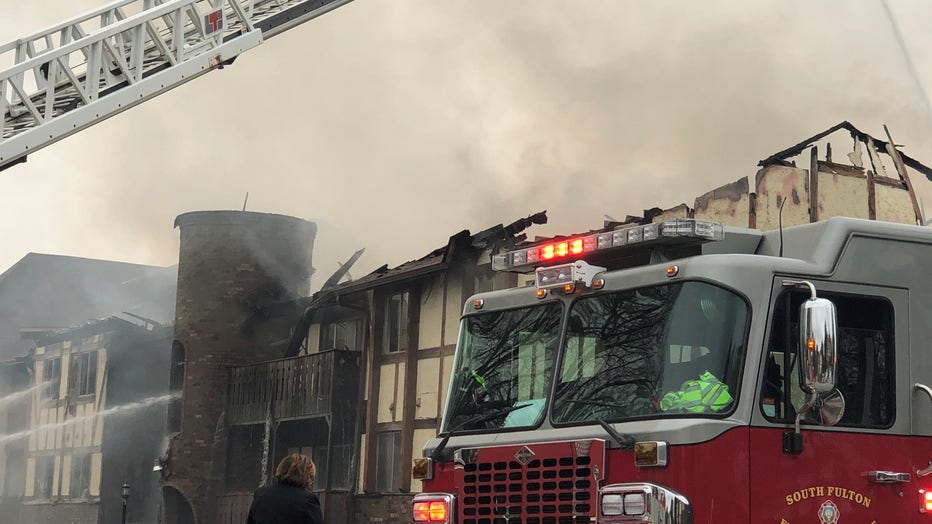 "My grandchildren were thrown from the balcony," she explained. Others in the neighborhood caught her children from down below.

"I was hollering and screaming for people to help and a lot of people did," Mitchell said. 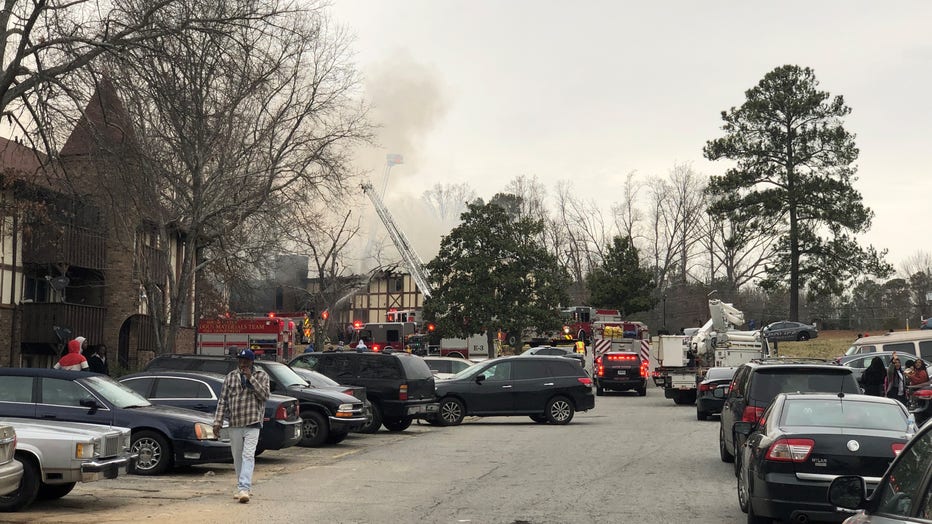 Deena and her grandchildren are just a few of the dozens of people who escaped a grim fate Wednesday.

Fire crews stayed on the scene checking for hot spots and pelting the building with water as late as 8:30 Wednesday night.

Firefighters said at least 24 units have smoke, fire or water damage. A total of 43 people are displaced from the building. The Red Cross said 17 more people sought their help due to the power being out a second unit. The relief organization helped those families with food, lodging, and immediate needs.

Multiple neighbors said they're concerned the building's age played a factor in the fire. South Fulton fire chief Freddie Broome said the building was built back in 1974, but there is no word yet on a cause of the fire.

There have been no other reports of injuries.