Search for man with machete

Bartow County deputies are searching for a man who threatened a couple with a machete.

BARTOW COUNTY, Ga - Bartow County Sheriff's deputies are trying to track down a dangerous man. Investigators say he was wearing a mask and carrying a machete and threatened a man and woman Monday night.

"He came at me with a machete.  He said he was going to chop our heads off," said Josh Woods.

Woods says he and his girlfriend were sitting in their car outside the McDonalds on Cass-White Road just off Interstate 75 in Bartow County. That's when they say they saw the man with the mask. 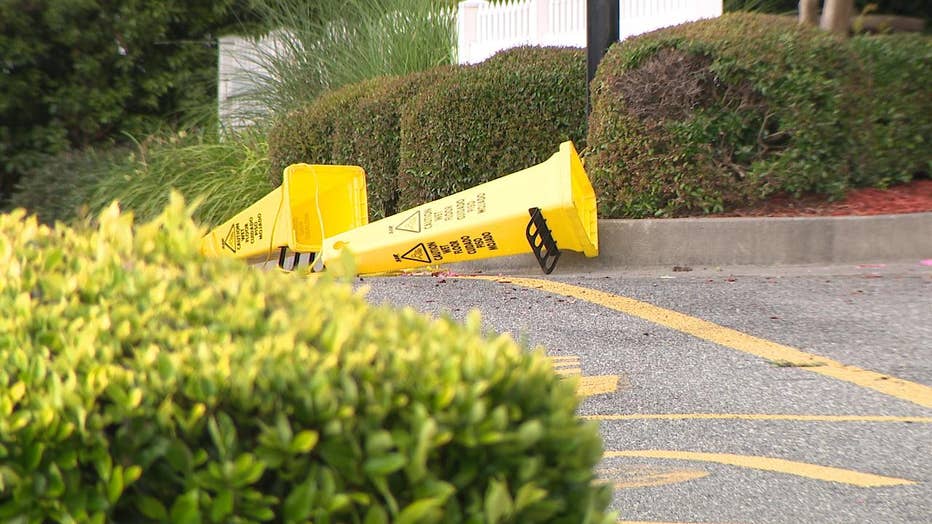 Woods says the masked man was kicking traffic cones, and when Woods asked him why he was doing that, he says the man threw a traffic cone at his car. Investigators say that's when Woods reached in his car and grabbed his gun.

"One of the victims grabbed his pistol and held it against his stomach, attempting to scare the man, and it actually worked, and he fled from the parking lot," said Bartow County Sheriff's Office Sgt. Jonathan White.

"I ain't trying to hurt nobody, but my girl was in the car and I was trying to protect her," said Woods.

The couple called 911. Deputies set up a perimeter and brought in K9s hoping to find the masked man, but the dogs were not able to track him.

Investigators say the man is dangerous. They say if you spot him, don't approach him, just get a description and call 911.

"The biggest thing is to be a really good witness," said Sgt. White.