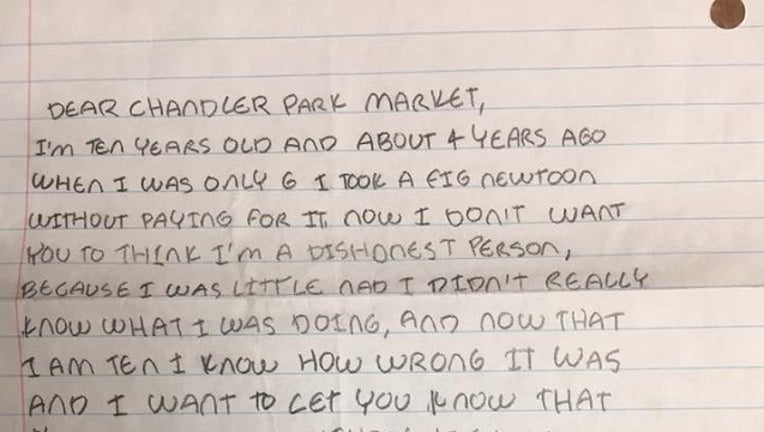 ATLANTA - It is a super honest letter that has gone viral for all the right reasons.

Candler Park Market posted a letter reported from a 10-year-old who states four years ago the author of stole a fig newton from the location and was trying to make up for it now. The post said they were "blown away by this display of moral upbringing."

"I'm ten years old and about 4 years ago when I was only 6 I took a fig newton without paying for it. Now I don't want you to think I'm a dishonest persona, because I was little and I didn't really know what I was doing, and now that I am ten I know how wrong it was and I want to let you know that I've [sic] never done anything like that ever again and that I would like to pay you back.

"This money has come from my alowene [sic] to pay fo [sic] the fig bar."