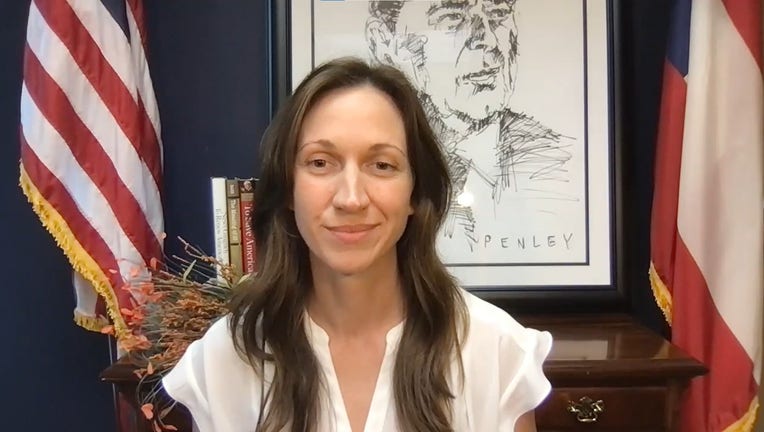 Georgia businesswoman Jennifer Strahan announced that she will run a primary campaign against Rep. Marjorie Taylor Greene on Wednesday, kicking off what is likely to be one of many closely-watched races between the extra-Trumpy wing of the GOP and more orthodox candidates.

"I believe that there's a lot of people who are ready for a serious representative," Strahan said in an interview, taking a shot at Greene, R-Ga. "We have a lot of serious issues going on in our country right now. And we need someone who's willing to take the fight to Pelosi, to Democrats. And the only way to do that is to be in committees."

Since assuming office, Greene has come under fire for her past promotion of conspiracy theories – including QAnon, which she's disavowed – bombastic rhetoric, and her caustic social media history. Democrats stripped Greene of all of her committee assignments earlier this year over the controversies.

Strahan is a founder of a health care consulting firm and presents herself as a political outsider. Strahan has also held several other positions in the health care industry, including with the Atlanta WellStar Health System. She said that business experience will help her be a more effective representative.

"As a business owner, as an executive, if I'm elected, I will make sure that I'm putting Georgia first and not being focused on being a celebrity, but actually rolling up my sleeves and getting work done for the district," Strahan told Fox News. 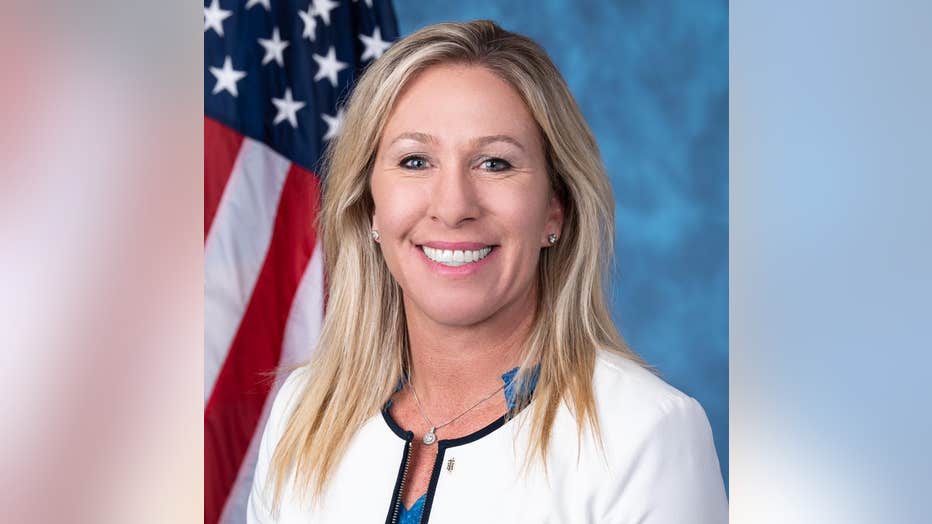 Greene has tied herself closely to former President Donald Trump and recently allied with another highly controversial and very pro-Trump House member – Rep. Matt Gaetz, R-Fla., to tour the country making the case that Trump is still the leader of the GOP, and attacking those who say that shouldn't be the case.

Asked whether she thinks Trump is still the leader of the GOP, Strahan answered: "I support Trump's policies. And I believe that we need to send someone to Washington who will promote and protect those policies. And again, that can't happen right now because we don't have a representative in the committees to actually fight for those policies."

Greene beat neurosurgeon John Cowan by about 14 percentage points in the 2020 GOP primary runoff for a vacant seat. She then handily beat her Democratic opponent in what is a very red district.

"Everywhere I go in Northwest Georgia, I’m humbled and honored by the overwhelming support I receive for fighting for people of District 14," Greene said in response to Strahan's announcement. "I have been the most effective member of the GOP conference this session because I’ve stood on the House floor and demanded roll call votes on the Democrats’ Communist agenda and the rest of the party has joined my efforts."

"I’ve led the movement to Impeach Joe Biden, Fire Tony Fauci, Expel Maxine Waters, Eliminate The ATF, and Ban Vaccine Mandates," Greene added. "Republicans are going to take back the House in 2022, but we aren’t going to do it with pathetic empty campaign promises written by DC consultants."

Strahan enters the primary campaign against a well-financed opponent in Greene who had over $2.75 million in cash on hand as of the end of June. But a spokesman for her campaign expressed confidence that she will be able to raise money and gain support, and added that they are getting a positive reaction on the ground in the district.

Strahan also published a campaign launch video Wednesday arguing that she will "defend Trump's policies" and said she's a "no-nonsense conservative who believes our country and our culture have gotten off track."

To close the video, Strahan implored voters to "please join our campaign to bring sanity back to Washington."