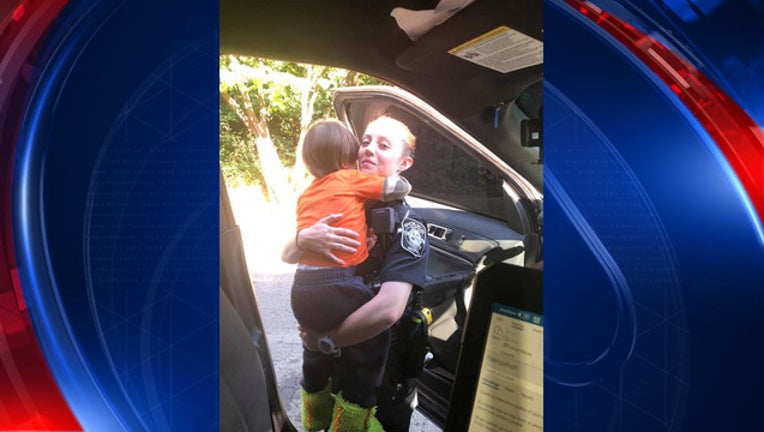 MARIETTA, Ga. (FOX 5 Atlanta) - The Marietta Police Department has shared a photo on Facebook of an officer comforting a young boy after his mother was arrested and charged with allegedly driving under the influence.

In the post, the police department said it was "one of the many police duties we don't traditionally think of."

Police told FOX 5 that the mother drove off the road and into a retaining wall Saturday morning.

Thankfully, the child properly restrained and not injured, but officers say he had to watch his mother "get arrested for a DUI."

Officer Mason went to hold and comfort the young boy. That's when "the boy latched onto Officer Mason and would not let go," officials said.

DFCS was notified and has taken the child into protective custody.

"So many different things we could say here ... choosing to just remain grateful that this little guy is safe and now the proper authorities are involved to ensure his long term safety," the Marietta police said.