MONROE COUNTY, Ga. - A man was taken into custody on drug charges after deputies say a traffic stop resulted in a brief chase in Monroe County Friday morning.

According to the Monroe County Sheriff's Office, at about 11:15 a.m. deputies attempted to pull over a motorcycle for excessive speeding. The individual on the motorcycle did not stop and a chase began on I-75SB near exit 185. The chase continued until mile marker 177 when Deputies "boxed" the motorcycle in and the motorcycle ran into the back of a patrol car. 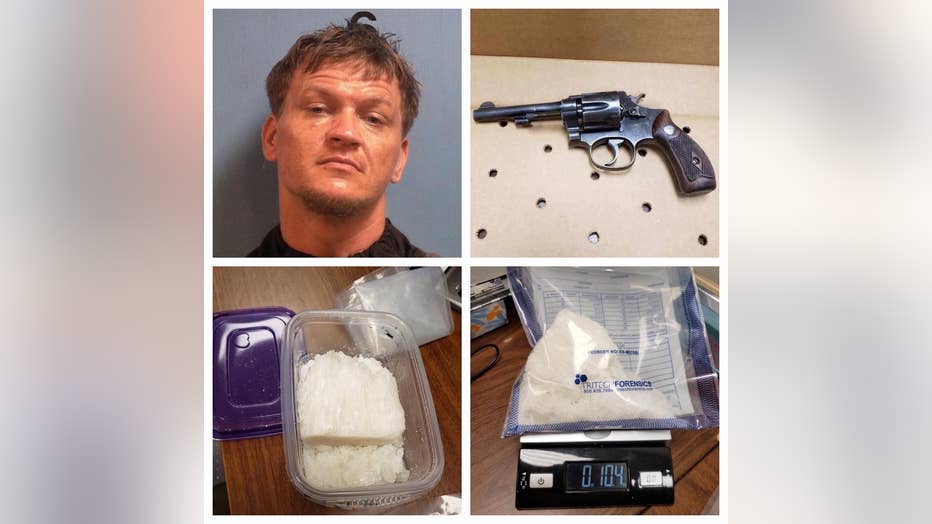 Officials said the individual then took off on foot, but, was quickly apprehended by deputies.

The suspect was identified as Krystofer Michael Hochlinkski of Jacksonville, FL. Hochlinkski is a convicted felon and is wanted in Florida for an armed carjacking.

The motorcycle Hochlinkski was driving was listed as stolen, officials said. Deputies said they also seized 10 ounces of methamphetamine and a firearm.

Deputies said Hochlinkski will be charged with Trafficking Methamphetamine, Possession of firearm by Convicted Felon, Possession of a firearm during the Commission of a Felony, Felony Fleeing, Bringing Stolen Property Inside State lines, Driving while license suspended, Driving in the emergency lane, reckless driving, following too close, failure to maintain, tag requirements, failure to stop at a stop sign, and littering.