Gunman on the run after a gas station shooting

FAYETTE COUNTY, Ga. - A bold group of thieves sprayed a gas station in Fayette County with bullets as they were stealing from a car parked at the pump. One man ended up in the hospital with a gunshot wound, and the shooter is still on the run. 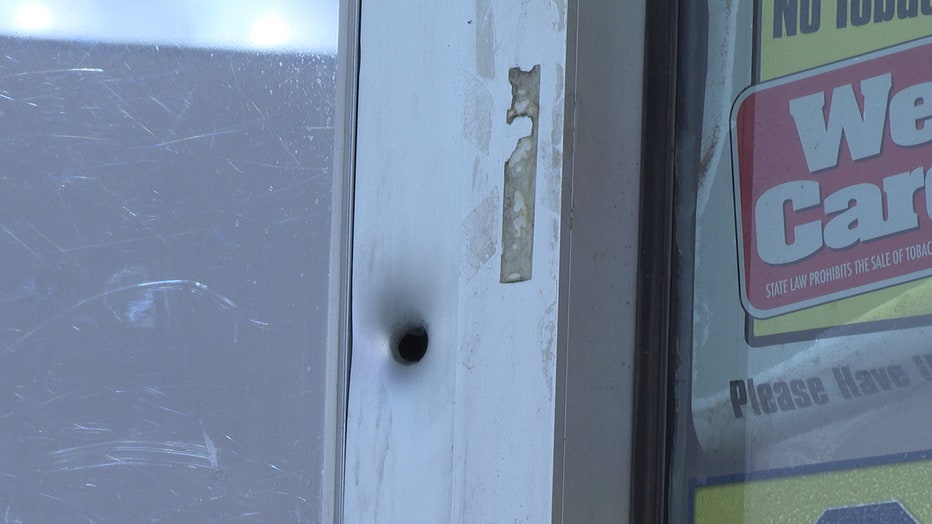 The Fayette County Sheriff said the man who was shot was trying to stop the robbers from taking things out of his car, and when he that’s when the bullets went flying right into the Texaco gas station store on Highway 138.

Sheriff Barry Babb said a 21-year-old left his white jeep locked at the pump and went inside the store on Thursday night. Seconds later, surveillance cameras show a black car pull up.

Then, a robbery crew breaks into the young man's car. The man noticed the crew and went outside and yelled at them. The car sped away, but moments later, circled back. When the man saw the thieves back at his car, he ran outside again and tried to stop them.

"He comes out naturally, to protect his property, but at that time, he faces a hail of gunfire," said Sheriff Babb.

Surveillance video shows a shooter unloading bullets into the front of the gas station forcing people nearby to dive for cover.

"You see another patron at the gas pumps literally having to cinch up to as much cover as possible to keep himself safe," said Sheriff Babb.

The man who tried to stop the thieves was shot in the leg during the shootout. Sheriff Babb said he's lucky to have escaped with his life.

The black car and the robbery crew inside quickly took off, but they didn't get away with much.

"What they got was a bag with nothing that was really valuable," said sheriff Babb. "So look at the risk and the extent to which they will go through with this crime for almost nothing."

A man was shot in the leg after trying to stop robbers from stealing out of his car at a gas station on Highway 138.

Deputies said this level of violence isn't common for car break-ins, but this case is a terrifying reminder that if you approach someone in the middle of a crime, you could be putting your life in danger.

"Your property is not worth it, back off," said Babb. "This is the kind of people who will shed innocent blood,"

Sheriff Babb said if you encounter criminals breaking into your car or home, do not engage if you don't have to. Instead take note of their car, tag, appearance, and all the details you can to help law enforcement capture the people responsible. 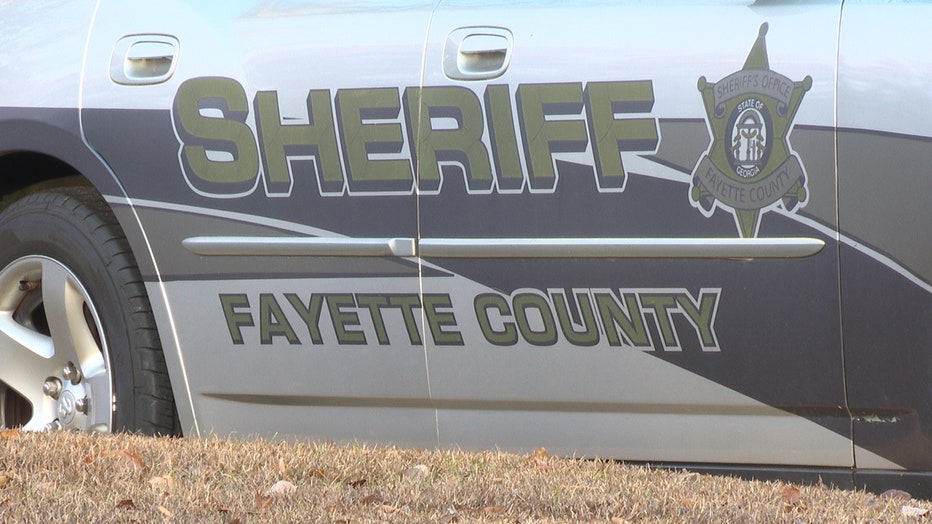