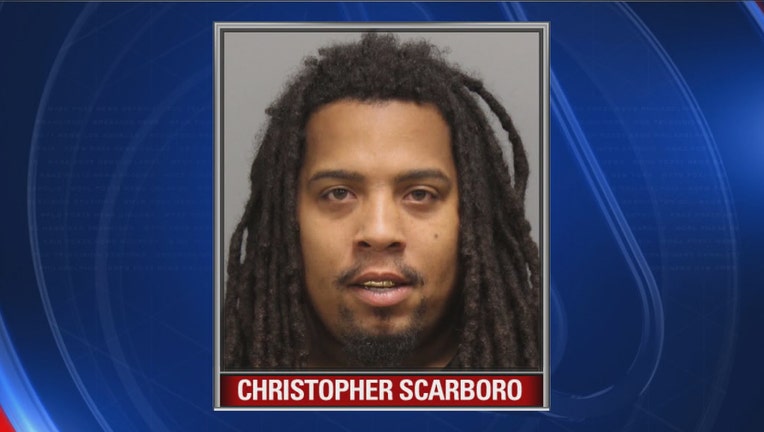 MARIETTA, Ga. - A man in Cobb County was found guilty of fatally strangling his girlfriend to death while her children were in the home, the District Attorney said.

Christopher Gene Scarboro, 29, pleaded guilty to malice murder and cruelty to children in the third degree after prosecutors say he choked his then-girlfriend, 24-year-old Xi-Anna Graham on Aug. 23, 2018.

Officials said Scarboro admitted early that morning, he argued with Graham and physically attacked her by choking her. Prosecutors said she stopped breathing and Scarboro fled the scene while four children were in the home.

One child allegedly said they heard the altercation, stating, "(Scarboro) does bad things to her…and now he…killed her," during an interview with SafePath Children's Advocacy Center.

Prosecutors said Scarboro called the police anonymously for a wellness check, and officers eventually found Graham's body without a pulse lying the bedroom.

The medical examiner determined Graham's cause of death was asphyxia due to strangulation.

At the time of the arrest, police said there were prior domestic violence cases at the home on Bonnie Del Road in Marietta.

Scarboro was arrested in Acworth.

"Domestic abusers are among the most heinous offenders," she said. "They abuse, manipulate, and traumatize those who love them the most. For Xi-Anna, the abuse turned lethal and left her four children motherless. I hope that this sentence, and perhaps the timing of it — as we prepare to celebrate Mother’s Day — will help her family and children begin to heal."

Officials said Scarboro has remained in custody since his arrest the day of the crime and by law will get credit for the time he has served.