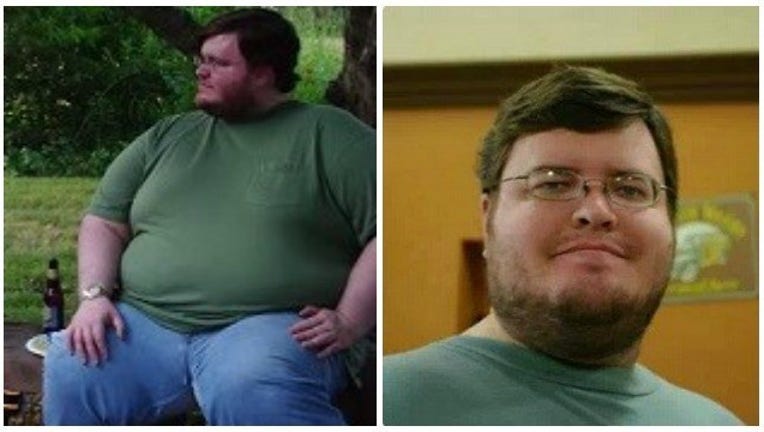 (WTXF) This man lost an incredible 390 pounds, but he needs the public's help in reaching the final part of his goal.

Brian Flemming once weighed 625 pounds. He admits to once being a chronic alcoholic who consumed 7,000 calories a day. He also says that he thought his life was going nowhere and at one point had suicidal thoughts. He mostly sat around and played video games when he wasn't working at a dead end job.

But that all changed when Brian started playing a videogame called Draw Something and started communication with a woman from London via the game. Brian says that the woman, named Jackie, took no pity on him. She suffers from Muscular Dystrophy and reminded him that he could do something about his situation, unlike many others who wished that they could.

Inspired by Jackie, Brian took control of his life.

He cut out all alcohol and began eating healthier. Soon after, he added exercise to his regimen. The weight started dropping, but left something behind.

Brian has about 40 pounds of excess skin hanging from parts of his body. The only way to rid his body of it is surgery.

A GoFundMe page has been set up for Brian to raise the $22,000 he needs for his skin removal surgeries. Because of the video posted by Brian just a few days ago, attention towards the campaign has sparked once again.

He plans to donate extra funds to Muscular Dystrophy charities.