A Cobb County man has been arrested after police said he stole copper from the air conditioning units from several churches.

COBB COUNTY, Ga - A Cobb County man is in jail accused of stealing copper from churches. Police say he did tens of thousands of dollars in damage while stealing the copper tubing from air conditioning units.

Sigrid Thies-Smith has the doors open to the main office at the Lutheran Church of Resurrection in Cobb County.

"It's very hot currently. 86 degrees in here with the doors open," said Thies-Smith.

That's because seven of the church's air conditioning units are out of commission.  Someone crept on to the church grounds and made off with the copper tubing to the units. 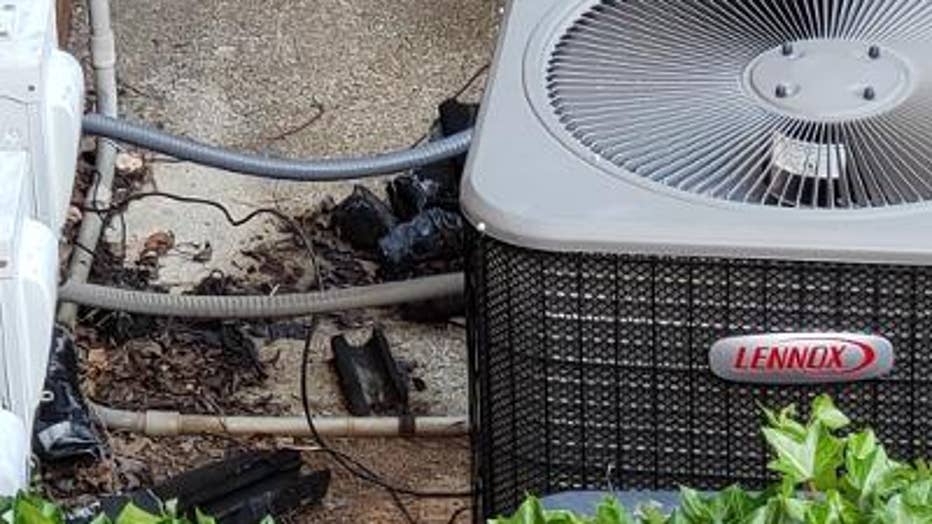 Thies-Smith says it will cost the church tens of thousands of dollars to replace them. She says if there's a silver lining to the copper theft it's that the church is closed to comply with social distancing during the pandemic.

"I guess it's better we're working from home so we don't deal with the heat," said Thies-Smith.

Police arrested 61-year-old Michael Cawley for the theft.  Investigators believe he had been on a copper theft spree for the past few weeks. Police say Cawley also took copper wiring and compressors from the refrigeration and A/C unites at the Faith Lutheran School on Lower Roswell Road and the First Korean Church just across the street.  Police say he also stripped the copper wiring from a home on Yancy Road.

Police caught up with Cawley on May 8 when he went to a recycling facility in Marietta to try to sell the copper.