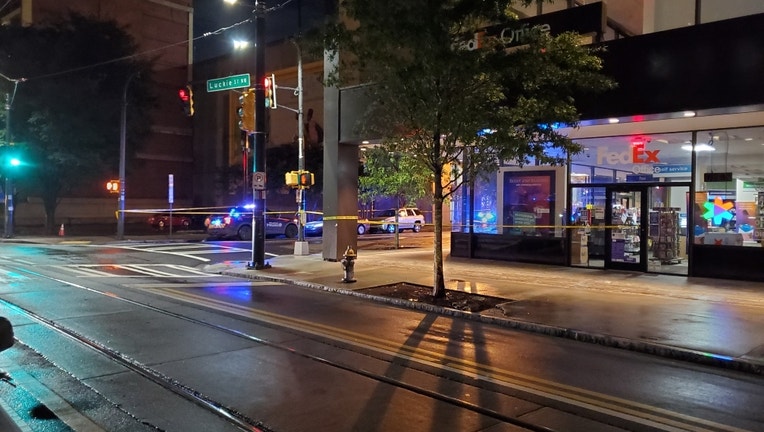 ATLANTA - Atlanta police are investigating after a man was shot in downtown Atlanta Sunday evening.

According to investigators, officers went to 98 Forsyth Street in response to a call about a shooting. A man suffering from a gunshot wound was found at the scene.

EMS later arrived and took the victim to a nearby hospital where he was listed in critical condition.

Police are searching for suspects.

No word on the victim's identity. Details surrounding what led up to the shooting were not immediately known.