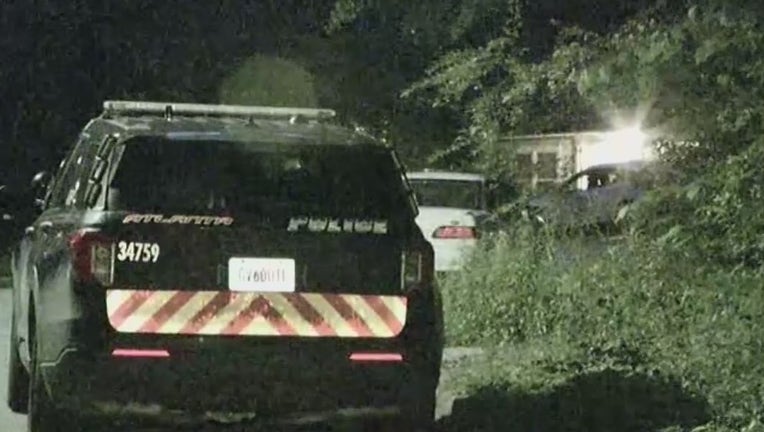 Police are investigating after a man and woman were shot on Lang Street in Atlanta. (FOX 5 Atlanta)

ATLANTA - Atlanta Police Department investigators are on the hunt for a shooter that killed a man and injured a woman at a home on Friday night.

Police responded to a home on Lang Street in Atlanta at approximately 6:38 p.m. Friday evening.

Police said they found a woman shot in the leg and a man, who was unresponsive. Paramedics pronounced the man dead at the scene and rushed the woman to the hospital.

Police do not have information on a suspect.

Homicide investigators responded to the scene and police say the investigation is ongoing.