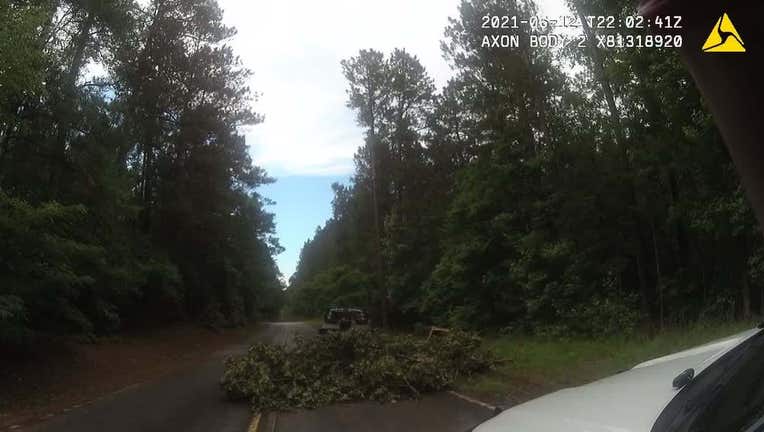 Police said the man left a pile of yard debris in the middle of a road in Chattahoochee Hills.

CHATTAHOOCHEE HILLS, Ga - The Chattahoochee Police Department says they understand people catching up on yard work before summer really starts, but they're reminding residents not to dump the yard debris in the middle of the road.

In a Facebook post, the police department reported that a man knocked down a stop sign on Jenkins Road while he was dumping the remains of a "pesky tree" he cut down from his property.

An officer noticed the knocked-down stop sign and began to investigate.

"As you can see, after knocking the stop sign down turning onto Jenkins, our suspect then unloaded his yard debris into the little-used roadway," officials said.

According to police, the alleged dumper received several citations and will need to appear before a judge next month.

The stop sign has since been replaced and the road is cleaned up.