Cobb County police are investigating after a child and man were shot in front of Cumberland Mall.

ATLANTA - Cobb County police are investigating after a man and child were shot outside of Cumberland Mall early Tuesday evening.

Police said one of the victims suffered a gunshot wound to the leg and the other was injured in the foot.

Investigators believe it was a shootout between two groups. 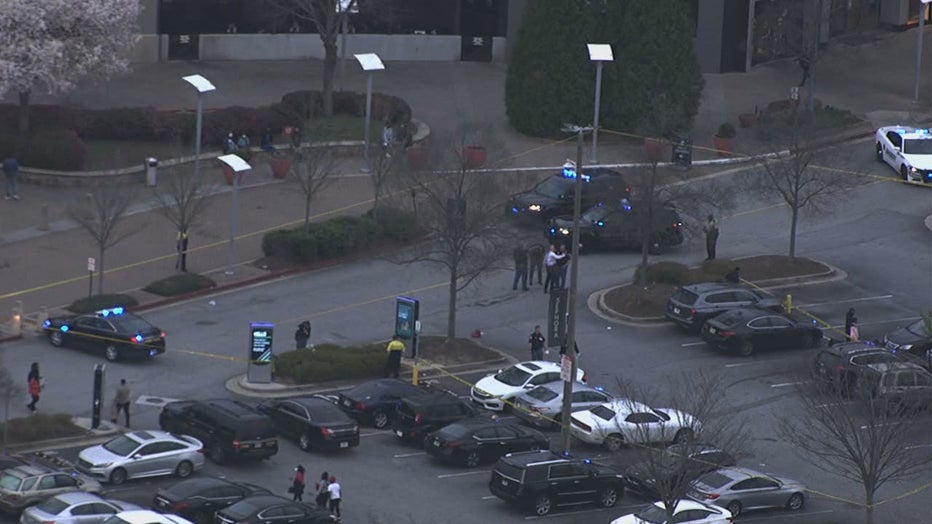 Police investigate a shooting outside Cumberland Mall in Cobb County on March 23, 2021. (FOX 5)

Crystal Schmidt and her husband had just pulled into the parking lot when she saw a number of men with guns.

"We hear gunfire. I see guys coming out of the vehicle shooting into the vehicle next to them," said Schmidt.

Schmidt told FOX 5 at one point they all got back into their cars and took off but the shooting didn't end.

"As they were driving through the parking lot, one guy was leaning out the window still firing toward the car behind them," said Schmidt.

The man and child were hit by bullets in the chaos. Police said the child was rushed to Children’s Healthcare of Atlanta. 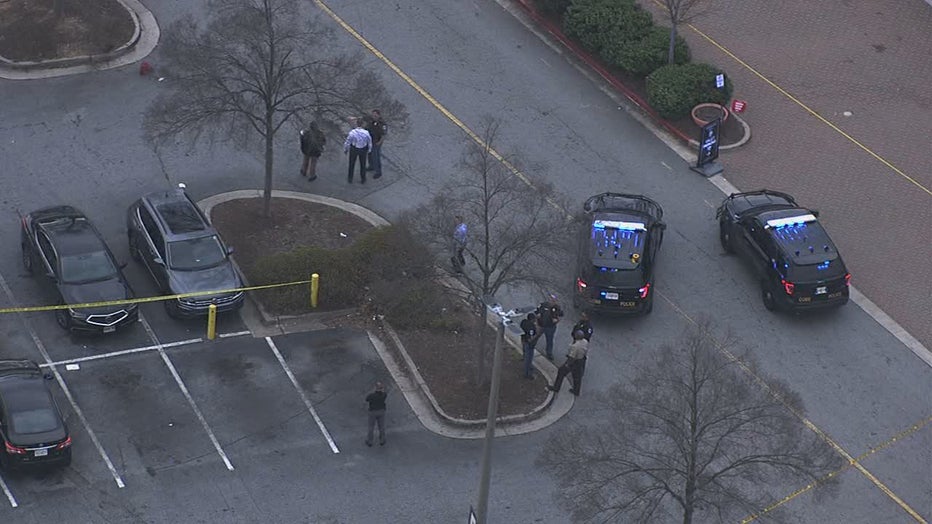 Police investigate a shooting outside Cumberland Mall in Cobb County on March 23, 2021. (FOX 5)

Police said while some of the gunmen may have taken off, others involved may still have been at the mall when investigators arrived.

The mall was placed on lockdown for a brief period until police secured the area.