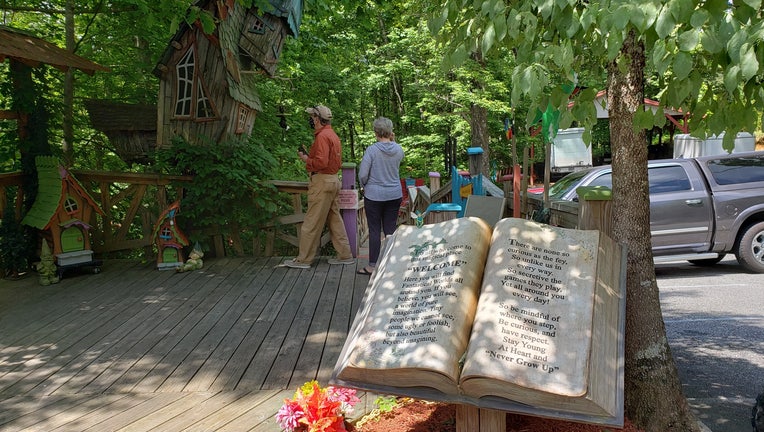 Sleepy Hollow is a free roadside attraction in Union County.

BLAIRSVILLE, Ga. - A place in the north Georgia mountains that celebrates the magic of make-believe finds itself facing some real-world troubles.

It all centers around one question: what’s the true value of whimsy?

It’s easy to zip past Sleepy Hollow. It sits along busy Highway 515 near Blairsville, tucked behind some trees on a piece of land that rolls gently up to a home and workshop.

On that land, Art Millican has built a world of whimsy, a collection of gnome houses and fairy cottages that children can play in for as long as they like. Or as long as their parents’ patience holds out.

“The first time I brought her she was a month old,” said Laura Willams as her daughter ran through the village. “And then 2 and then 4 and now she’s 6.”

A place in the north Georgia mountains that celebrates the magic of make-believe finds itself facing some real-world troubles.

They live in Banks County 60 miles away.

The goal at Sleepy Hollow?

“Get them excited, to open their minds and look at the world differently,” said Millican, a former Disney Imagineer who also played a role in building Michael Jackson’s Neverland Ranch in California. 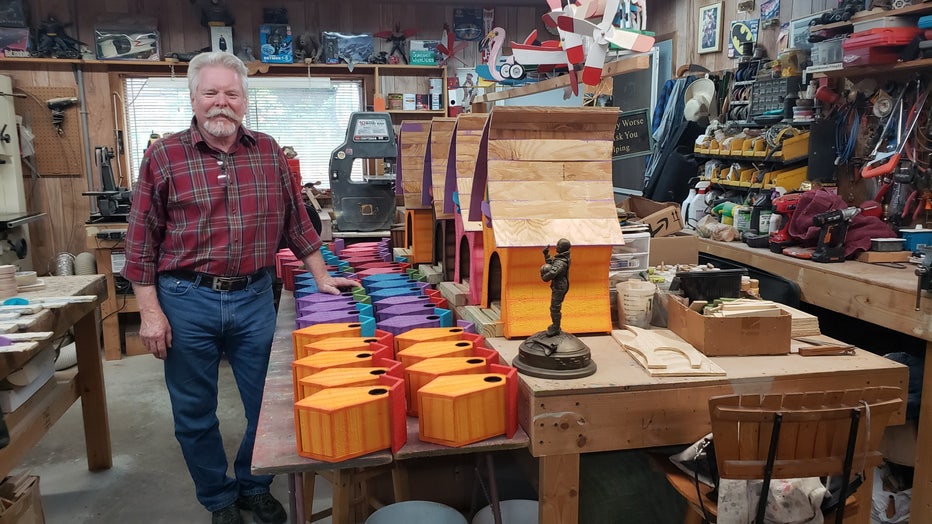 Art Millican started Sleepy Hollow 15 years ago after a career at Disney World and Neverland Ranch.

Fifteen years ago he moved to Georgia, met and married wife Wendi, and built Sleepy Hollow. A 2000-square-foot workshop provides the space for the hundreds of smaller fantasy homes built and sold to customers around the world.

But if you haven’t seen Sleepy Hollow, you better get up here quick. It will soon be gone, to make way for a $103 million highway widening project.

Make-believe may have finally met its match.

Figuring out the value of land is an acquired art all in itself. How can you decide what something is worth when it’s unique? The state’s appraisal came in around $436,000. The Millicans’ appraisal: $1.5 million.

That’s a big difference in any reality. 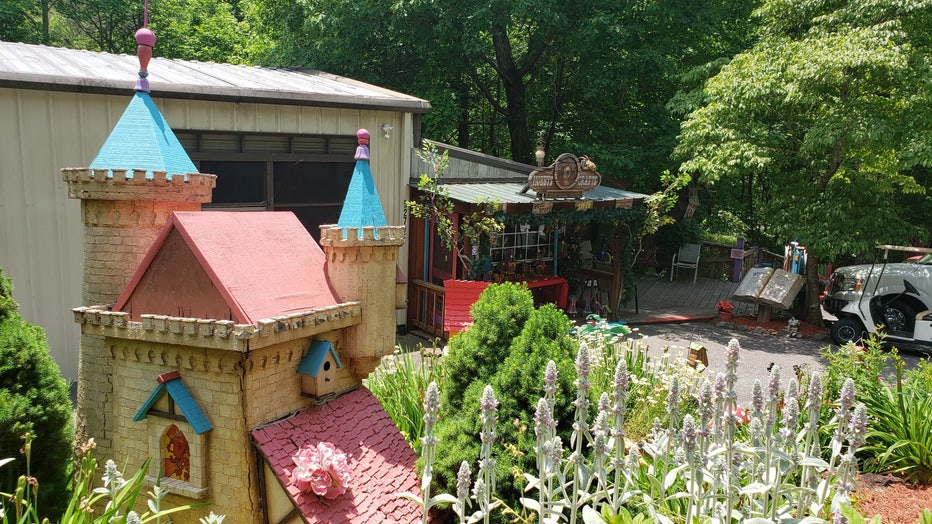 The owners of Sleepy Hollow paid for an appraisal that showed their business and property was worth $1.5 million. The Georgia DOT has offered a third of that.

In letters to the Georgia Department of Transportation, the Millicans argued the state’s appraisal incorrectly measured the size of their lot, the size of their house, and didn’t factor the cost of moving Sleepy Hollow to a suitable lot that also included room for their workshop.

“It can’t go on a level piece of land. It needs all this whimsy to make everything fit,” said Art.

In a statement, GDOT spokesperson Natalie Dale said “we of course make every effort to enter into fair negotiations when there is a dispute. In this case we are looking at a property owner’s valuation of almost a million dollars more than multiple appraisals.”

If the two sides can’t agree, the state is allowed to condemn the property and let the courts decide the value.

"We of course make every effort to enter into fair negotiations when there is a dispute. In this case we are looking at a property owner’s valuation of almost a million dollars more than multiple appraisals.”

So far, of the 277 properties that GDOT has to buy for this project, 18 have been condemned and taken under eminent domain. That’s about 6 percent, well under the Federal Highway Administration’s condemnation limit of 20 percent. None has gone to trial yet.

“It’s like everything you own is going to be taken away from you,” complained Art Millican. “At whatever they decide they want to pay you for it. And you have to be off the property in 60 days. Where do we go? How are we going to live?”

What happens when reality meets fantasy? We’re about to find out soon.

No one is expecting a fairy tale ending.