Dad leads Coweta deputies on chase with kids in the car

Investigators have released the video of a Louisiana dad who led Coweta County deputies on a high-speed chase at over 150 miles an hour. And as troubling as that is deputies say Bryan Hampton’s kids were in the car too.

COWETA COUNTY, Ga. - Investigators have released the video of a Louisiana father who deputies said led them on a chase with speeds exceeding 150 miles per hour. Deputies said that was dangerous enough by itself, but the man’s children were also in the car at the time.

It stems from an on Sunday evening. Palmetto police put out an alert to all surrounding jurisdictions to be on the lookout for a purple Dodge Charger after an officer spotted it racing down Interstate 85 South, passing some vehicles on the shoulder. 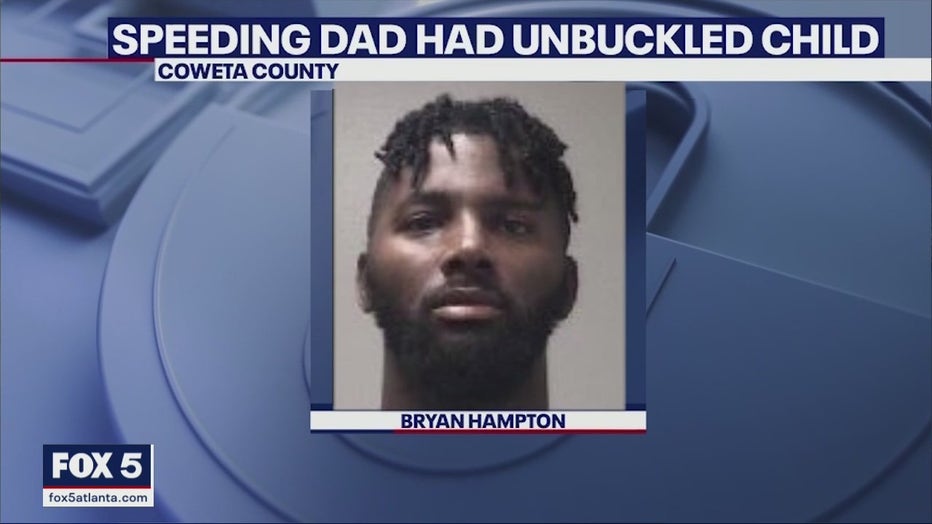 Coweta County deputies said they spotted that same car speeding about 100 mph near Exit 41. Deputies pulled onto the busy highway and attempted to pull over the Charger, but it sped off reaching speeds of 150 mph, 20 mph faster than the cruisers can go.

Eventually, Grantville police officers set up a traffic block near mile marker 35, forcing the Charger to stop. The video of that stop was released on Monday.

Hampton could be seen telling deputies his fiancée and three children were in the car. Deputies said they found one child not wearing a seatbelt.

Hampton’s fiancée told investigators she was not sure why he was going so fast.