A man and woman were found dead in their home on Monday morning where Loganville police say it was an apparent murder-suicide. Loganville police were able to identify 31-year-old Clinton George Cunningham as the man who shot and killed 30-year-old Andanae DeShawn Gates.

LOGANVILLE, Ga. - Police in Loganville were at the scene of a deadly double shooting on Monday morning. Family members said a young mother was shot and killed by a man she was breaking up with.

The Loganville Police Department responded at around 10 a.m. on Lakeside Court. Police said 31-year-old Clinton George Cunningham shot and killed 30-year-old Andanae DeShawn Gates then took his own life as officers were arriving.

Loganville police say that they rushed to a home on Lakeside Court where they found two people dead from gunshot wounds.

The family said Gates and Cunningham had a fight on Sunday night and Gates wanted to end the relationship. Gates dropped off her daughter at elementary school on Monday morning. Loganville police found the bodies less than two hours later.

"We can confirm this is a case of murder-suicide based on evidence from the scene and eyewitness statements," Chief MD Lowry said. 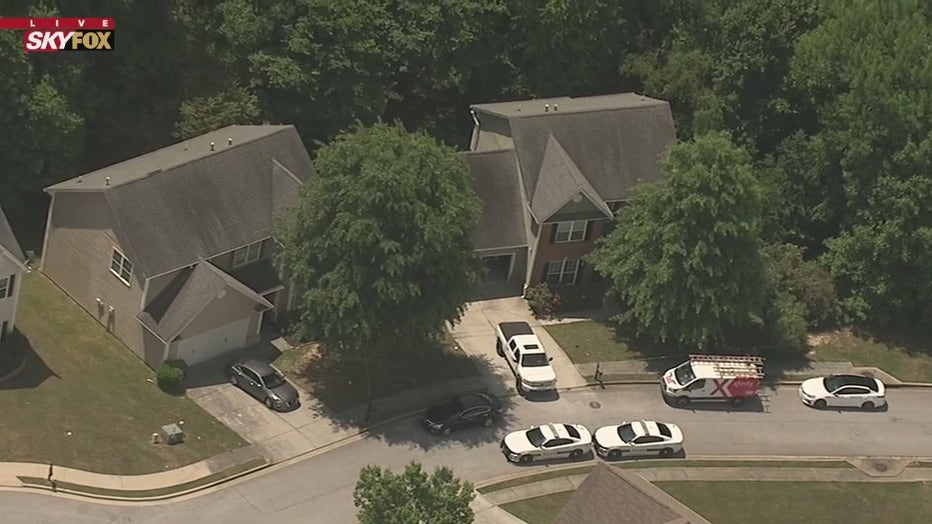 "The sister, I guess was screaming no no no and the police came like 10 minutes later," Tamplin said.

"It's crazy, me and my kids live here. You wouldn't think nothing like this would happen," Tamplin said.