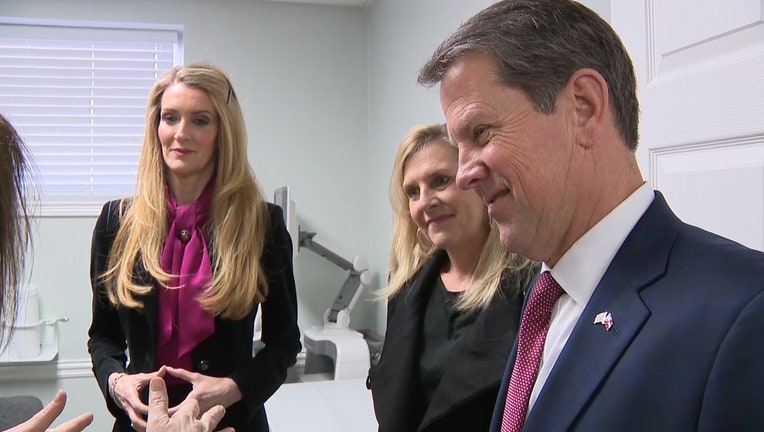 "After one month on the job, I hope Georgians now know that as a Christian and life-long pro-life conservative, I will always defend life," Loeffler said in remarks to the media.

Sen. Kelly Loeffler hits the campaign trail with the man who put her in office, Gov. Brian Kemp.

"What change was I actually met and got to know Kelly Loeffler. The concerns that I had were concerns that bubbled up from the rumor universe that were very concerning," said SAB List President Marjorie Dannenfelser. "But since then I've come to understand not only the lack of connection that I thought was there, but more importantly, who this woman is, what's in her heart and what she plans to do and frankly, the most important thing is what she's done."

Those "concerns" stemmed from the fact that Loeffler is part owner of the Atlanta Dream, the city's WNBA team, though she said her team, unlike the WNBA as a whole, does not have a relationship with Planned Parenthood.

The endorsement may help Loeffler as she competes with Congressman Doug Collins, R-Georgia, to win over conservative voters in this fall's "jungle primary" for the seat.  The political outsider, however, sidestepped questions about how having two Republicans in the race could divide the party.

"I'm focused on winning this seat in November, but most of all, focused on working for Georgia," Loeffler said.

Democrats pushed back against Loeffler's comments.

“Kelly Loeffler's rigid, uncompromising views are out of step with the majority of Georgians who support upholding Roe v. Wade and protecting reproductive freedom. It’s clear that Senator Loeffler cares more about courting right-wing special interests to help her keep the Senate seat she bought than about earning the support of everyday Georgians," said Alex Floyd, a spokesperson for the Georgia Democratic Party.