ATLANTA - Only one of Georgia’s U.S. Senate seats was supposed to be on the ballot this cycle. But Republican Sen. Johnny Isakson’s retirement last year threw the future of his seat into contention.

Gov. Kemp appointed Kelly Loeffler, another Republican, to fill his seat, beginning in January 2020. But the law called for a special election in November to determine who would serve the remaining two years of Isakson’s term.

Loeffler, a wealthy Republican businesswoman, has spent tens of millions of dollars trying to defend it in a field of 20 candidates. Other top contenders include Republican U.S. Rep. Doug Collins and Democrat Raphael Warnock. 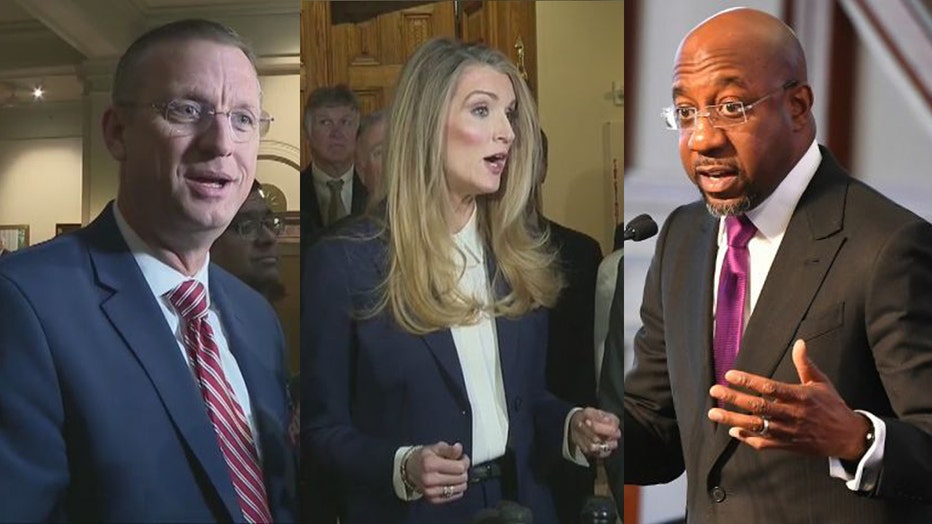 Collins is a four-term congressman from northeast Georgia and staunch defender of President Donald Trump.

Warnock is pastor of the Atlanta church where the Rev. Martin Luther King Jr. preached and is trying to become Georgia’s first Black U.S. senator.

Despite being the incumbent, Loeffler has a tough path to victory. According to Dr. Charles S. Bullock, professor of public and international affairs at the University of Georgia, Senate appointees aren’t doomed to failure, but they face a more difficult election.

Bullock said Collins raised his profile significantly amid Trump’s impeachment proceedings in January. He said being the president’s chief defender in the House added steam to Collins’ Senate ambitions.

Had Collins not gotten into the race, Loeffler would have been the frontrunner, Bullock said.

With the conservative vote split, Warnock has emerged as the Democratic frontrunner. He has the support of the Democratic establishment in Washington and is able to coalesce support around him while Loeffler and Collins duke it out, Geary said.

Recent polling has Warnock leading both his Republican counterparts, but unless he can get 50% of the vote plus one, the race is headed to a runoff.