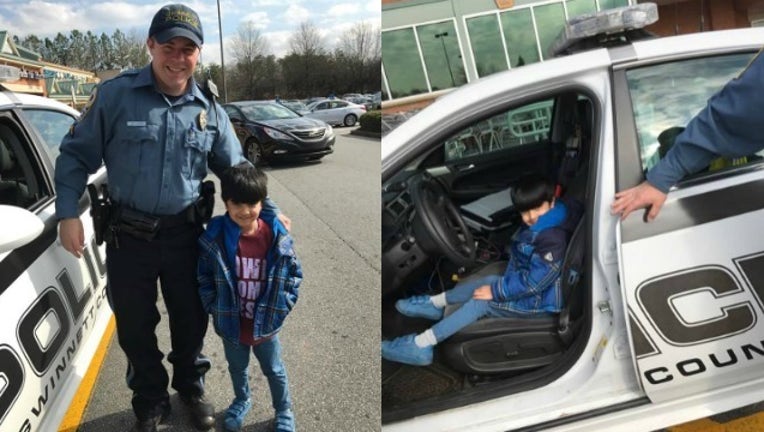 One little Georgia boy had the best Valentine's Day of his life, and it's not because he received candy or toys. He told his mom that he loves police officers and it was his dream to meet me one and sit in their car.

So when they passed an officer on the way to get groceries, Sabina Rangoonwala made sure to stop and say hello.

"The police officer was really kind and offered him to sit in his car and show him the lights and siren as my son always dreamt of it. "

Later on Sabrina says her son bought the officer chocolates.

"When we were on our way home my son said he got the best valentine gift ever, and said he's my best friend and when he grows up he wants to be like him."

NEXT ARTICLE: Georgia couple to celebrate 71 years of marriage