Lisa Cupid is the first ever African-American women to be sworn in as Chairwoman in Cobb County.

COBB COUNTY, Ga. - Lisa Cupid was sworn in as the county's first Back and first woman Board of Commissioners chairperson Thursday evening, which created a shift in Cobb County's political landscape.

Both Sheriff Craig Owens and Chairwoman Cupid won against republican incumbents in November's election. Cupid said she's hopeful this moment will give people hope and encouragement.

She beat out Republican Chairman Mike Boyce by more than 20,000 votes.

"The more that I served on the board, I saw that the way communities get served has a lot to do with how each elected official can participate in the governance process. I had concerns about that," Cupid explained to us.

She has served on the Cobb County Board of Commissioners for eight years.

During much of that time, she was the only person of color and democrat. 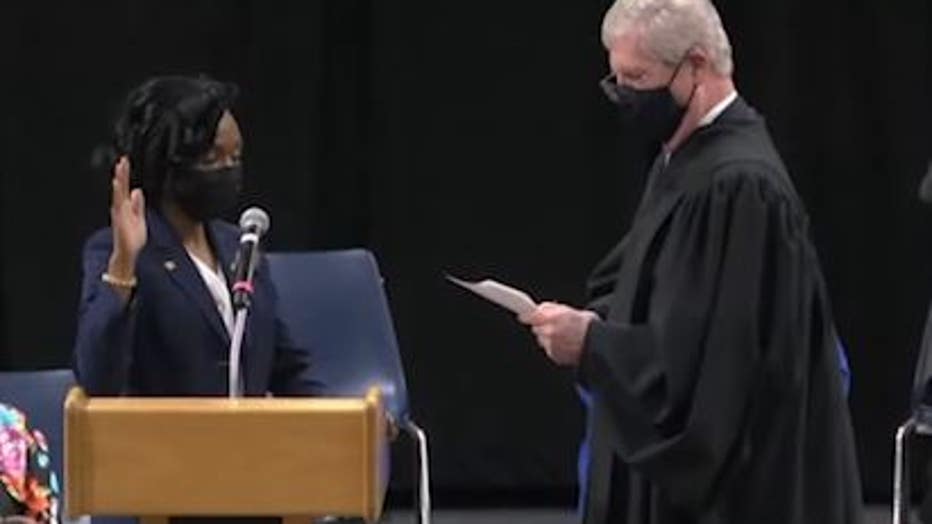 "Seeing the history of Cobb and the country, seeing the disparity of blacks in participation of leadership and women and how hard we have to work just to have a voice and seat at the table, certainly It's a big deal."

Her win is part of a democratic sweep in the county during November’s election.

Sheriff Craig Owens beat out the republican sheriff, who was in office for more than 15-years.

"There was a time when we used to say politics don't have a place at the local level but the reality was that I've seen it. Because of the way that I experienced serving as a commissioner, the way that it's impacted me has made me want to make sure there's a leveled playing field," Chairwoman Cupid told Reporter Brian Hill.

FOX 5's Brian Hill spoke with Cupid about the political divisiveness we're seeing across the country and last week's deadly riot in the nation's Capitol.

"What I hope is that there is a greater conviction amongst elected leaders and citizens about what is civil discourse, what is considered just general courtesy that we should our fellow neighbor," Cupid explained.

Even though 47 percent of voters didn't vote for her, Cupid said she's hoping people will give her the chance to lead and she plans to be "all in" – supporting innovation and inclusive.