The Lilburn Police Department performed a traffic stop in January that ended up being part of the new Borat movie.

LILBURN, Ga. - The new Sacha Baron Cohen film has already been getting a lot of buzz, but Metro Atlanta residents with a keen eye will know that a lot of the movie was actually filmed in Georgia.

Further proof the film was shot in Georgia was documented by the Lilburn Police Department during a response to a 911 call reporting a “suspicious person.” 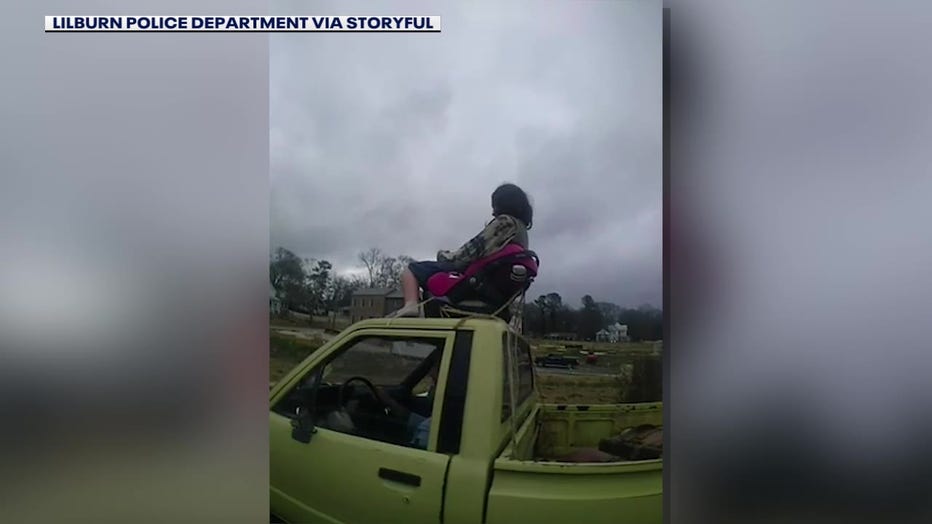 Officers Alvey Lamb and Daniel Bride found the British comic behind the wheel of a beat-up yellow pickup truck with his “daughter” strapped to a car seat on top of the cab.

The 13-minute clip filmed by the officers’ body worn cameras during the stop in January 2020 is worth a watch. The officers quickly were clued in on the situation.