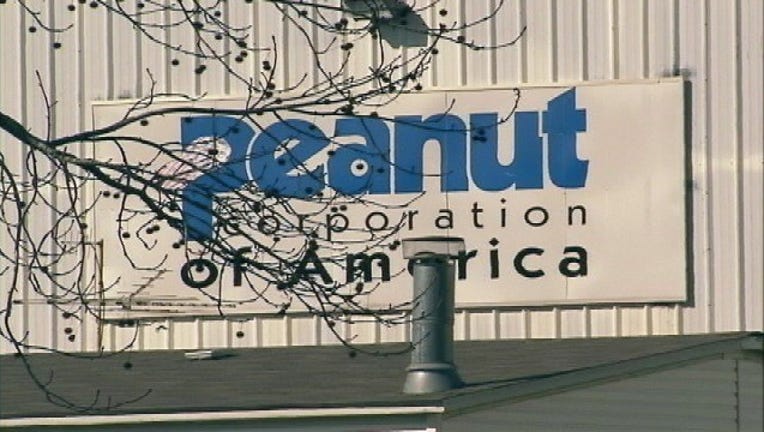 SAVANNAH, Ga. (AP) - Federal court officers have recommended a sentence of life in prison for a peanut company executive convicted of selling salmonella-tainted food, a move that attorneys on both sides called "unprecedented" for a food-poisoning case.

The potential life sentence for former Peanut Corporation of America owner Stewart Parnell was disclosed by prosecutors in a court filing Wednesday.

Parnell, 61, is scheduled to be sentenced Sept. 21 by a federal judge in Albany, Georgia. Prosecutors filed a legal brief Wednesday in U.S. District Court revealing that the U.S. Probation Office, which prepares pre-sentencing reports to help guide federal judges, concluded the scope of Parnell's crimes "results in a life sentence Guidelines range."

In fact, Marler and other experts say the trial of Parnell and two co-defendants last year was the first federal food-poisoning case to be tried by an American court. A jury convicted Parnell of 71 counts including conspiracy, obstruction of justice, wire fraud and other crimes related to a salmonella outbreak in 2008 and 2009. The Centers for Disease Control linked the outbreak to nine deaths and 714 illnesses. It prompted one of the largest food recalls in U.S. history.

Justin Lugar, one of Parnell's defense attorneys, confirmed Thursday that the recommendation before Judge W. Louis Sands is for life in prison, with no lesser range. Parnell's lawyers are trying to persuade the judge to disregard numbers used as aggravating factors to boost the suggested sentence to its maximum: an estimate that Parnell's customers suffered $144 million in losses as well as health officials' tally that 714 people got sick.

Parnell's attorneys say the cost estimate was "based on speculative, incomplete, and untrustworthy information" compiled by investigators and that none of Parnell's customers were asked to testify about the losses in court. Parnell's lawyers similarly questioned the reliability of the CDC's tally of how many people got sick, noting that no medical doctors were called to testify and only one victim took the stand.

"That recommendation is truly absurd," said Ken Hodges, an attorney on Parnell's defense team. "We hope the judge will see that Stewart Parnell never meant to hurt anyone. He ate the peanut butter himself. He fed it to his children and to his grandchildren."

In their court filing, prosecutors stood by their numbers for victims injured and financial losses - and insisted they possibly understate the impact.

"Life in prison, especially in a food case, it's frankly unprecedented," said Marler, who has represented victims of food-borne illnesses for two decades. "But the case itself, on a factual basis, is unprecedented."

Marler said he suspects the judge and prosecutors will think carefully before deciding to pursue a life sentence for Parnell. Still, he said, even the possibility of such a stiff sentence sends a message to food companies.

"The same shock or sobering impact that you and I have talking about it, you multiply that by 100 for some food executive sitting in an office," Marler said.

Even if objections raised by Parnell's attorneys to the sentencing recommendation are denied, it's still possible the judge could impose a lighter sentence. Federal judges are required to consider recommendations based on complex sentencing guidelines, but they are not bound by them.

Parnell and his co-defendants were never charged with sickening or killing anybody. Instead prosecutors used the seven-week trial to lay out a paper trail of emails, lab results and billing records to show Parnell's company defrauded customers by using falsified test results to cover up lab screenings that showed batches of peanut butter contained salmonella. The tainted goods were shipped to Kellogg's and other food processors for use in products from snack crackers to pet food.

Prosecutors wrote that court officers "correctly calculated" Parnell's recommended sentence, but stopped short of saying whether they plan to ask the judge to impose a life sentence. A spokeswoman for the Justice Department in Washington, Nicole Navas, declined to comment.

Prosecutors' legal brief also noted stiff sentences were recommended for Parnell's two co-defendants. Punishment of 17 to 21 years in prison was recommended for Parnell's brother, food broker Michael Parnell, who was convicted on fewer counts. The recommendation for Mary Wilkerson, the Georgia plant's quality control manager, was eight to 10 years. She was convicted of obstruction of justice.

According to the CDC, deaths linked to the outbreak were reported in Idaho, Minnesota, North Carolina and Virginia.