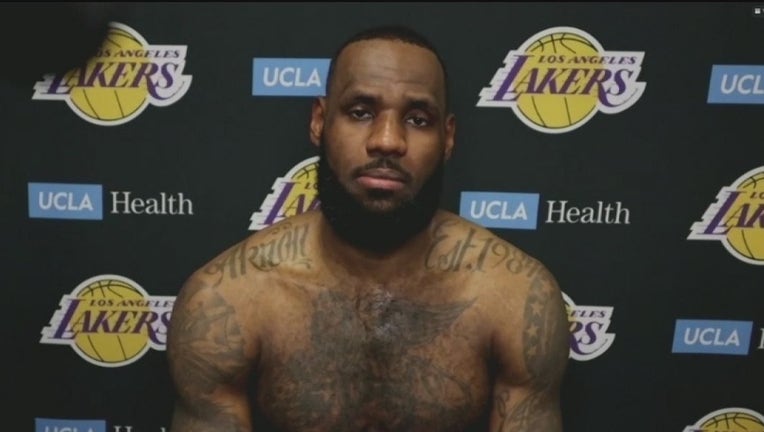 ATLANTA - The NBA All-Star Game is a chance for the best players in the world to showcase their stuff. But LeBron James is coming to Atlanta to do more than just win a basketball game. He also plans on using the weekend to fight voter suppression.

James's More Than A Vote group is teaming up with the NBA, the Players Association, and the Georgia NAACP to combat a number of controversial voting bills working their way through the State Legislature.

"I use my platform to continue to shed light on not only in my community but around this country and the world," James said.

Earlier this week the Georgia House approved H.B. 531 in a party-line vote. The measure would shorten early voting, ban non-emergency use of mobile polling precincts, put restrictions on location and hours of drop boxes, outlaw passing out food or water to people waiting in line to cast a ballot, and require either a driver's license number or photo of a state ID to request an absentee ballot.

GOP supporters say the voting bills, including one that would eliminate no-excuse absentee voting, are needed to ensure election security. H.B. 531 sponsor Rep. Barry Fleming says it's "designed to bring back the confidence of our voters back into our election system."

But Democrats maintain the real goal of the bill is to keep Georgia from fully going blue by making it harder for people, especially those of color to vote.  They have an ally in one of the greatest players to ever take to the court.