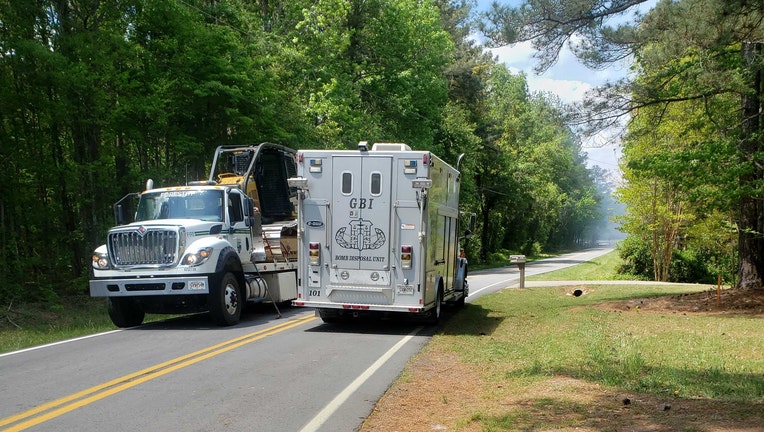 The Haralson County Sheriff's Office said the Georgia Forestry Division was conducting a controlled burn on Old Bush Mill Road and came across the suspicious device and reported the device to law enforcement.

The investigation revealed the device appeared to be a "mimic pipe bomb," a sheriff's office spokesperson said. The device was a small metal tank with wires, electrical tape, and a switch attached to it.

Officials said the device was not close to homes or other structures.

SKYFOX captured footage of law enforcement at the scene investigating a wooded area. Authorities appeared to be operating a remote controlled-device near a tree line where burning had taken place. 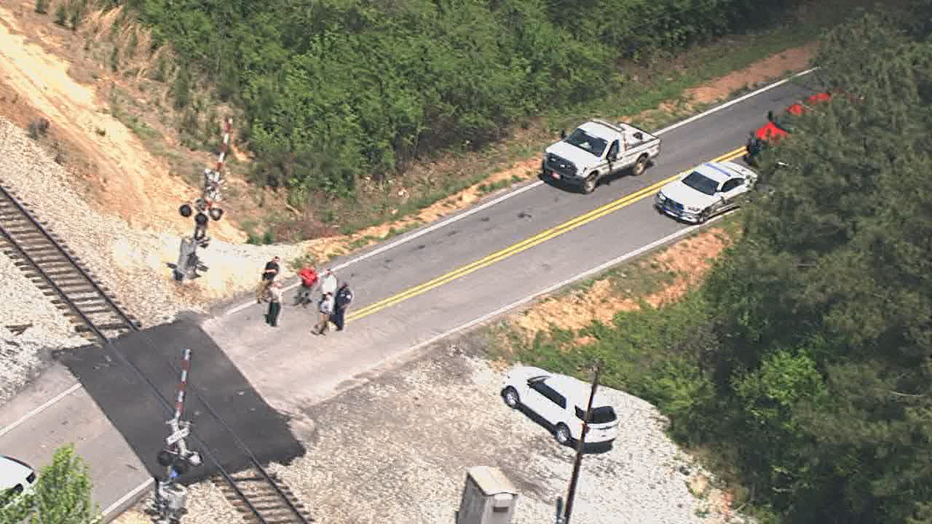 The GBI bomb unit used a robot to safely contain and remove the device.

The GBI is continuing to investigate.

Authorities closed the road while the investigation proceeded.