Law enforcement agencies in Georgia are preparing for protests in response to the deadly Minnesota police shooting.

ATLANTA - Veteran Minnesota Police Officer Kim Potter and her police chief resigned Tuesday in the wake of protests over her deadly encounter with 20-year-old Daunte Wright on Sunday. According to her chief, Tim Gannon, Potter meant to grab her Taser--not her gun--as Wright reportedly resisted arrest during a traffic stop in the Minneapolis suburb of Brooklyn Center.

"That would be like you going to Emory Hospital for brain surgery and instead of the doctor picking up a scalpel, he picks up a hammer," said law enforcement expert Dr. Cedric Alexander. "She's going to have to be able to clearly articulate what happened where she could not identify the difference between a yellow Taser on her weak side and a firearm on her strong side."

Dr. Alexander believes it is reasonable for the public to expect a 26-year veteran of the force to distinguish between the two weapons, even under duress. He told FOX 5 the chief should not have described the shooting as an accident so early in the investigation.

"It may very well be an accident, but you don't draw conclusions when you have an outside investigative body that is coming in and you have a community that is already very suspicious of you and you have a young man who died from a firearm that should have been a Taser," said Alexander, who conducts implicit and explicit bias training for law enforcement agencies across the country. 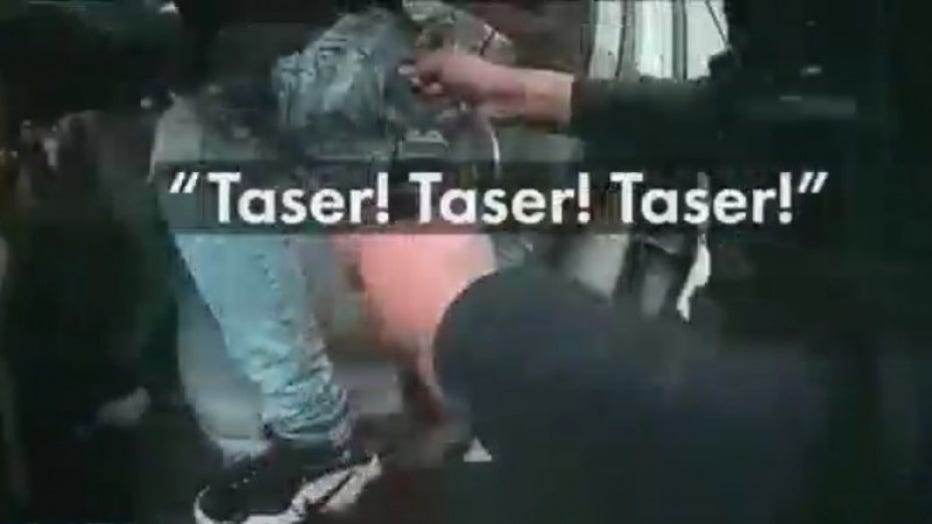 Dr. Alexander, who is also a psychologist, believes the spotlight on this deadly officer-involved shooting deals yet another blow to the psyche of those who've just recently watched the disturbing encounter between a U.S. Army Lt. Caron Nazario in full uniform, who allegedly had his life threatened by police in rural Virginia. The encounter happened in December 2020, but the body camera video and Nazario's video were just released this week when the soldier filed a lawsuit.

"When we see contrasting images of Whites who are walked away in handcuffs after committing heinous acts, but we see a soldier thrown to the ground recklessly, it is a contrast to what we know to be unfair and unconstitutional in this country. It just continues to make this a very challenging period for all of us," said Dr. Alexander.

Dr. Alexander said the constant replaying of the video of George Floyd's death in Derek Chauvin's murder trial potentially magnifies emotional trauma for adolescents and teens--particularly young Black and Brown boys. He encourages parents of all ethnic backgrounds to ask their children about what they've seen and how it makes them feel.

"You have to reassure them because they may feel vulnerable when they see these images over and over and over and it's happening to people who look like them. Give them age-appropriate responses, but at the same time, you encourage them and tell them they are safe with family and friends," said Dr. Alexander. "The lives of African American men and women are constantly being lost under the management of police. That is an issue we are going to have to ask and explore and find a way to do better. This isn't good for civilians or for the good officers who put their lives on the line every day to serve and protect all of us," said the former DeKalb County Public Safety Director.