If they made off with only two-hundred dollars worth of equipment, one landscaper said they would have been lucky. But they did leave behind an injured worker all to get it from them.

SANDY SPRING, Ga. - An employee of a metro Atlanta landscaping company is recovering after being run over during a robbery.

Three employees of Atlanta Scapes were working in Sandy Springs on Thursday morning.

One of the workers, who wants to remain anonymous, said his coworker noticed something suspicious.

"I hear her yell, ‘Hey what are you doing?’ And then next thing you know, I hear somebody say, 'I'm taking your stuff.'"

He said two men had gotten out of their black Dodge Charger and stolen two blowers from the truck.

The employee said another coworker ran down the driveway and toward the car.

"As soon as he stepped foot into the road, he met the car, and they ran him over and didn't even stop. No brake lights," he said. 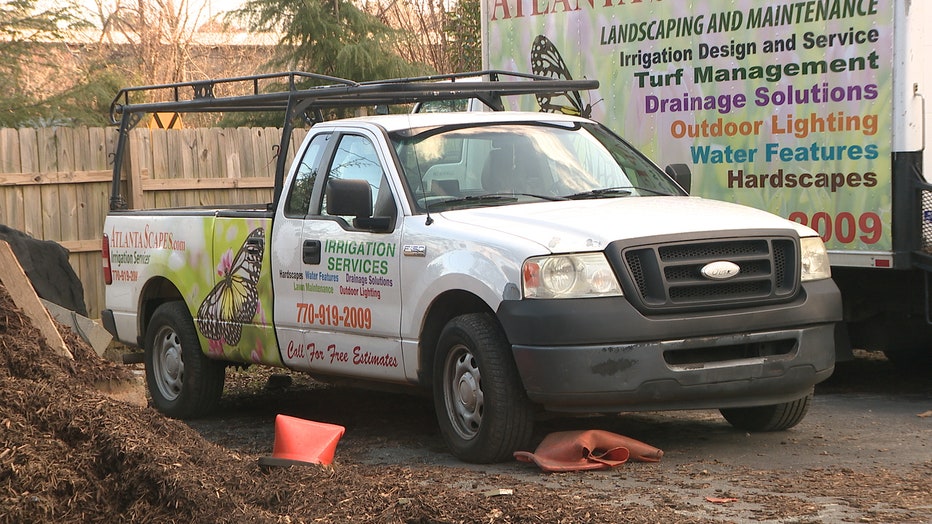 That man was taken to the hospital and is being evaluated for any internal injuries.

"Before anybody even had a chance to react, they were speeding off."

The employee who spoke with FOX 5 said the equipment the crooks stole is worth $200 at most.

Unfortunately, he said this type of crime is something they've seen before. The man said he's had equipment stolen six or seven times.

Just several weeks ago, another employee was robbed at gunpoint.

He and others said it seems the criminals are getting bolder.

"Honestly none of the equipment is worth getting hurt over. I'm just glad he's OK."

The employees want to warn other landscaping companies and make sure they're extra careful to secure their equipment.

Call Sandy Springs Police if you have any information.