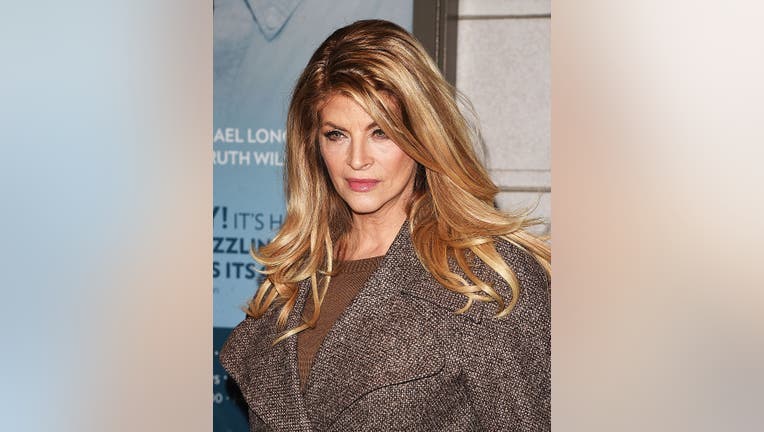 Kirstie Alley responded with words of encouragement after getting dragged on social media for declaring her continued support for President Trump in the upcoming election.

The “Cheers” actress took to Twitter on Saturday evening to explain to her followers why she voted for Trump in the 2016 election and plans to do so again on Nov. 3 in his reelection bid against Democratic challenger Joe Biden.

“I’m voting for @realDonaldTrump because he’s NOT a politician,” Alley, 69, began. “I voted for him 4 years ago for this reason and shall vote for him again for this reason. He gets things done quickly and he will turn the economy around quickly. There you have it folks there you have it.”

It didn’t take long before the “Look Who’s Talking” star was berated by her followers on the social media site for her continued support for Trump amid a slew of issues including his handling of the coronavirus pandemic, which she had previously publicly praised. Before long, Alley’s name was trending on Twitter.

Filmmaker Judd Apatow was among the people criticizing her writing, “Shelly Long was way funnier than you.”

The jab was a reference to the fact that Alley was brought on to “Cheers” in Season 6 to replace Long’s character after the latter decided to move on from the wildly popular sitcom.

“Breaking: Shelley Long quitting is no longer dumbest decision made by a “Cheers” actor,” he wrote.

Later in the evening, Alley responded to the backlash her Trump support was getting, deriding her critics for being rude and “nasty” to her.

“Don’t think I’ve ever seen so much name-calling in my life,” she wrote. “Definitely not on my site here anyway I guess I’m not allowed to have a viewpoint without being called a really nasty names by what I’m going to suppose are really nasty people.”

When one supporter suggested that the ordeal likely makes her glad to not be a Democrat, she responded that she’d “never encountered such horrible people” in her life.

She sent another follow-up tweet about the backlash writing encouraging her followers that support her political stance to “Stick to your guns.”

“Not always easy to be under fire but always easier than going against your own integrity. & JUST REMEMBER: if it takes thousands to try & bring u down, you must be one powerful Mfer  Love wins,” she concluded.

Alley’s support for President Trump is nothing new to those that have been paying attention to her social media presence in recent months. She previously slammed Joe Biden, accusing him in July of being afraid to debate Trump and, in 2019, she declared that she refused to be one of “the Hollywood a--hats” who refuses to work with Republicans.

For more, go to FoxNews.com.