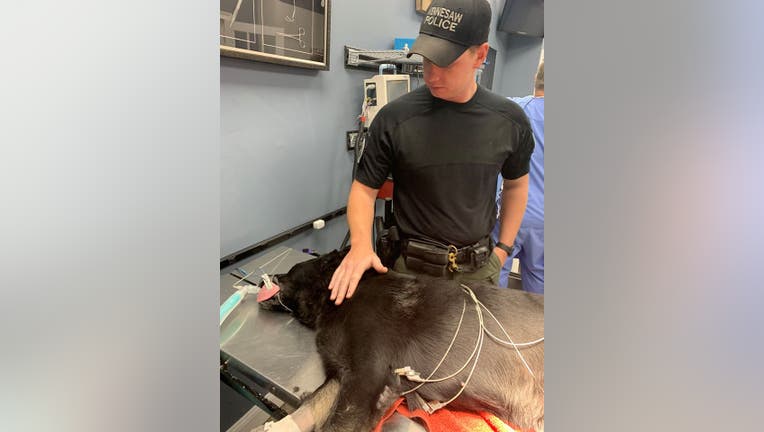 K-9 Turbo and his handler at the vet. (Kennesaw Police Department / Facebook)

KENNESAW, Ga. - Kennesaw Police K-9 Turbo was at home Tuesday evening recovering from surgery to correct an injury sustained while tracking a pair of suspects.

Kennesaw police said Turbo was helping the Cobb County Police Department track two persons of interest in the theft of an auto when he injured his read knee.

He was rushed to the veterinarian who performed emergency surgery on Tuesday morning. Officers believe he will make a complete recovery.

“Criminals beware….K9 Turbo, an Officer that has been rebuilt, because of the technology, Kennesaw now has the first bionic dog (not really bionic), K9 Turbo is that dog, better than he was before……better, stronger, faster!!!” 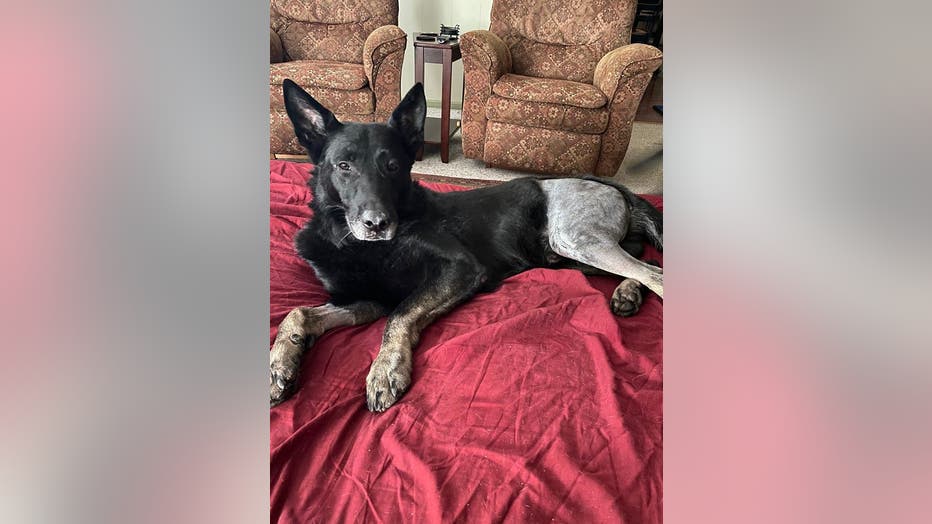