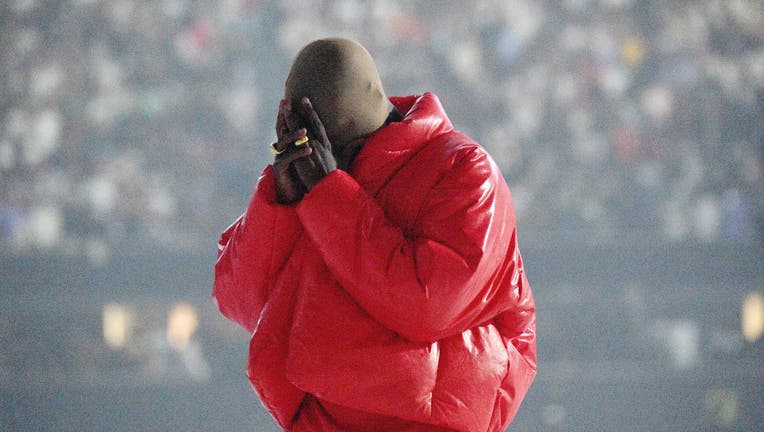 ATLANTA - Kanye West gave fans a glimpse of his living quarters inside of Mercedes-Benz Stadium.

The rapper posted a photo of where he's sleeping on his Instagram page.

In the photo, you can see what looks like a twin-sized bed, a TV, and a few of his belongings.

West made his temporary stay at the Atlanta stadium with a sign that reads "Donda Studio at Mercedes-Benz Stadium."

It's been nearly a week since West held a massive listening session at the stadium. He was seen on social media attending a soccer match over the weekend.

"Donda," which was slated to release last Friday, is now due Aug. 6.

The Grammy winner’s album was named after his mother, Donda West, who died at the age of 58 following plastic surgery complications in 2007.

West unveiled "Donda" in front of a sold-out crowd at the venue after he announced two days before that the first public listen of his highly-anticipated album would take place. He barely said a word while introducing his new music during the event, which brought out several big names including Rick Ross, Khloe Kardashian, and his estranged wife Kim Kardashian West, who showed up in a red jumpsuit with their kids.