U.S. Attorney General Merrick Garland announced on Thursday that the Department of Justice has filed a lawsuit to sue the state of Texas over its stringent abortion law, arguing that it was enacted "in open defiance of the Constitution."

WASHINGTON - The Justice Department is suing Texas over a new state law that bans most abortions, arguing that it was enacted "in open defiance of the Constitution."

The lawsuit, filed Thursday in federal court in Texas, asks a federal judge to declare that the law is invalid, "to enjoin its enforcement, and to protect the rights that Texas has violated."

"Today, after careful assessment and facts of the law, the Justice Department has filed a lawsuit against the state of Texas," Attorney General Merrick Garland said during a Thursday news conference. "SB 8 bans nearly all abortions in the state after six weeks of pregnancy. Before many women even know they are pregnant and months before a pregnancy is viable. It does so evening cases of rape, sexual abuse or incest. And it further prohibits any effort to aid the doctors who provide pre-viability abortions or the women who seek them. The act is clearly unconstitutional under long-standing Supreme Court precedent."

The Justice Department is also concerned other states could enact similar laws that he said would "deprive their citizens of their constitutional rights."

This news comes just days after Garland said the department was "urgently" exploring "all options to challenge Texas S.B. 8 in order to protect the constitutional rights of women... including access to an abortion."

The Wall Street Journal first reported the news of the impending suit. 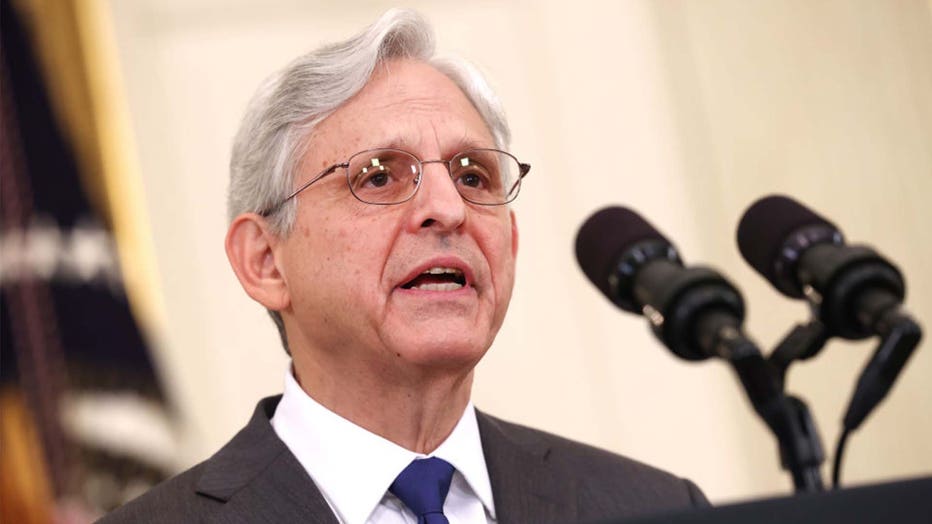 The Biden administration, and the Garland DOJ in particular, has been criticized in recent days by Democrats on Capitol Hill and abortions rights groups urging action in the matter.

The law, signed by Texas Republican Gov. Greg Abbott in May, prohibits abortions once medical professionals can detect cardiac activity, usually around six weeks and before many women know they’re pregnant.

The Supreme Court, last week, in a 5-4 decision, ruled that the law could remain in effect.

President Joe Biden slammed the Supreme Court's decision last week as an "unprecedented assault on a woman’s constitutional rights," noting that while it was not a "final ruling,"  the decision required "an immediate response."

The president said he was directing his Gender Policy Council and the Office of the White House Counsel to launch "a whole-of-government effort to respond to this decision," looking specifically to the Department of Health and Human Services and the Department of Justice to "see what steps the federal government can take to ensure that women in Texas have access to safe and legal abortions as protected by Roe, and what legal tools we have to insulate women and providers from the impact of Texas' bizarre scheme of outsourced enforcement to private parties.

The Texas law is the strictest law against abortion rights in the United States since the Supreme Court’s landmark Roe v. Wade decision in 1973 and part of a broader push by Republicans nationwide to impose new restrictions on abortion. At least 12 other states have enacted bans early in pregnancy, but all have been blocked from going into effect.

Chief Justice John Roberts dissented along with the court's three liberal justices. Each of the four dissenting justices wrote separate statements expressing their disagreement with the majority.

Roberts noted that while the majority denied the request for emergency relief "the court’s order is emphatic in making clear that it cannot be understood as sustaining the constitutionality of the law at issue."

Justice Sonia Sotomayor called her conservative colleagues' decision "stunning." "Presented with an application to enjoin a flagrantly unconstitutional law engineered to prohibit women from exercising their constitutional rights and evade judicial scrutiny, a majority of justices have opted to bury their heads in the sand," she wrote.

Texas lawmakers wrote the law to evade federal court review by allowing private citizens to bring civil lawsuits in state court against anyone involved in an abortion, other than the patient. Other abortion laws are enforced by state and local officials, with criminal sanctions possible.

In contrast, Texas' law allows private citizens to sue abortion providers and anyone involved in facilitating abortions. Among other situations, that would include anyone who drives a woman to a clinic to get an abortion. Under the law, anyone who successfully sues another person would be entitled to at least $10,000.

Texas has long had some of the nation’s toughest abortion restrictions, including a sweeping law passed in 2013. The Supreme Court eventually struck down that law, but not before more than half of the state’s 40-plus clinics closed.

RELATED: US DOJ ‘will not tolerate violence’ against Texas abortion seekers, providers

Even before the Texas case arrived at the high court the justices had planned to tackle the issue of abortion rights in a major case scheduled for argument in the fall. That case involves the state of Mississippi, which is asking to be allowed to enforce an abortion ban after 15 weeks of pregnancy.

The Associated Press and Catherine Park contributed to this report.