Conditions inside Georgia prisons are now the center of an investigation at the Department of Justice. Tuesday, the Justice Department announced it's opened a civil investigation into conditions of confinement in which prisoners are held.

ATLANTA - The U.S. Department of Justice has announced a statewide civil rights investigation into Georgia prisons.

Tuesday, Assistant Attorney General Kristen Clarke, who oversees the department’s civil rights division, said the investigation will be comprehensive but will focus on "harm to prisoners resulting from prisoner-on-prisoner violence." It will also look into sexual abuse of gay, lesbian and transgender prisoners by both prisoners and prison staff.

"Under the Eighth Amendment of our Constitution, those who have been convicted of crimes and sentenced to serve time in prisons must never be subjected to cruel and unusual punishments," Clarke said during a virtual news conference. "We must ensure the inherent human dignity and worth of everyone, including people who are incarcerated."

The Justice Department is committed to trying to address the effects of prison staff shortages, inadequate policies and training, and the lack of accountability, Clarke said.

Understaffing is a particularly devastating problem, said Clarke, noting that it can lead to inadequate supervision and violence. It can also keep people from being able to get necessary medical and mental health care, she said. 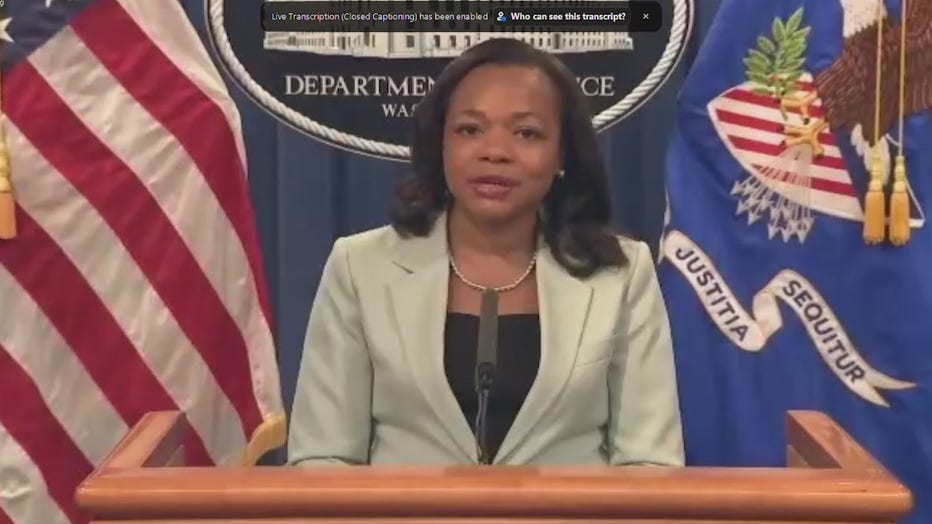 The Justice Department’s investigation was prompted by an extensive review of publicly available data and other information, Clarke said.

"Prison conditions that enable inmates to engage in dangerous and even deadly activity is an injustice, jeopardizing the lives of detainees, staff members and other corrections personnel," said Acting U.S. Attorney Peter D. Leary for the Middle District of Georgia. "Our local law enforcement and corrections partners, with whom we work with closely each and every day, are indispensable to our united goal of achieving a safer Georgia for all.

The investigation will be conducted under the Civil Rights of Institutionalized Persons Act, which allows the Justice Department to have the authority to investigate if any violations of prisoners' constitutional rights are the result of a  "pattern or practice of resistance to the full enjoyment of such rights."

Officials are asking anyone with relevant information that would help with the investigation to contact the Justice Department at (844) 401-3736 or by email at Community.GeorgiaDOC@usdoj.gov.